I am really out of the loop, haven’t built a system in over ten years. Nowadays I don’t overclock, don’t game, but want to build a peppy and powerful desktop. That said, I really don’t have a preference for either Intel or AMD, might be needing a video card for video editing. I’m thinking 16 to 32GB of RAM would be sufficient. I don’t want any chipset that makes non-Microsoft OS installation a hassle.

The only suggestion I would have is to go all AMD at the moment. I don’t video edit much, so even the Ryzen with built-in graphics works OK, but I run an AMD graphics card on another machine successfully. The point is that AMD is extremely easy to get going on non-MS builds most drivers needed are in the kernel.

I would also recommend AMD for both processor and graphics. But you could also use an Intel processor and an AMD graphics card. If you get the F series Intel processors they don’t have any onboard graphics and require a discrete graphics card. So you could use an AMD card as an example with Intel Core i7-11700F 8-Core 16-Thread Desktop Processor or any other F series that require discrete graphics. I also have 32 GB of memory but i think 16 is kind of the sweet spot if you are on a tight budget. I don’t usually get into faster memory. I usually match it to the processor specs. So for instance on my Ryzen 3800X I’m using 3200 Mhz. One of the other factors that is really important is the motherboard as newer boards have Pci-e 4.0 currently which is soon to be Pci-e 5.0. with newer processors and boards coming out in the near future. There is also a huge difference in the speeds of m.2 drives so you want to look at the specs and see what the read & write speeds are because that is huge. With desktops I’m a big fan of full size ATX form factor motherboards. I don’t use micro-ATX or smaller. The other factor is getting a good power supply that has the ratings needed and also has two 12volt power plugs for the cpu instead of one. Most newer boards have these connectors even if not required. Graphics cards can also have multiple power connections. Other than that it comes down to brands and specs and also your budget. I tend to stick with the known brands and not the 3rd party parts manufacturers. Chipset on the motherboard is also a consideration although you are somewhat limited to what is available for the current product line. Best read up on the specs of the parts you are considering so you know their abilities and or limitations. Any questions just ask.

As you had made clear that you do not need gaming system, hence you can use the system which offers good performance in either 3D-rendering or graphic designing.

Idea B3 :
AMD Ryzen 5 3600( 6cores, 12 threads)
8 GB DDR4
MSI Radeon RX 6500 XT 4G
.
.
Personally speaking you should opt for AMD Series as they offer better performance than equivalent Intel Series in Budget-Mid Range. At higher range both offer better performance. As for RAM requirement, 16 GB should be sufficient even if you are in need for rendering. For long term investments, you should opt for 32 GB or (2 x 32 GB) RAM, as these much RAM will be helpful in coming times.
8 GB graphics from Nvidia should be enough. Nowadays integrated Graphics are also offering good performance.
As of me, I had only seen AMD Threadripper in action. One of my friend use it with 64 GB RAM.
.
.
.
Now it’s all up to you which kind of system you want. You can build Gaming PC for regular use cases or choose Workstation oriented system for optimum performance, keeping your budget in mind.
All the best

Hope you will achieve your ideal system.

The AMD 7 5700G is powerful, reasonably priced and has very good integrated graphics. It is also economical to run. It uses Pci-e 3.0 and runs at 3200 Mhz, which could be negatives for you.

Your best choice, if you don't use discrete graphics

If you wish to use a separate graphics card I would avoid Nvidia, since their cards can be problematical in Linux.

These Build Guides can be useful:
https://uk.pcpartpicker.com/guide/

Might be needing GPU for video editing you said. Which software(s) for editing? In general, AMD GPUs are pretty disappointing for editing. For general usage, AMD is best for Linux because everything mostly works out of the box. So if editing isn’t a big concern, stay with AMD GPU. Until ryzen 7000 lands, not much can touch Alder Lake in terms of performance. Get F series i7. All depends on price and availability in your region of course. Where I live, for every 30 Nvidia GPUs there is 1 AMD dGPU available. So lots of other factors to consider. You yourself would be the best judge.

Nvidia drivers are proprietary and have at least these problems or observations on Arch based systems:

So AMD or the new Intel graphics cards are more trouble free compared to Nvidia solutions.

An Intel alternative is the i7 11700K as featured in this video editing article: 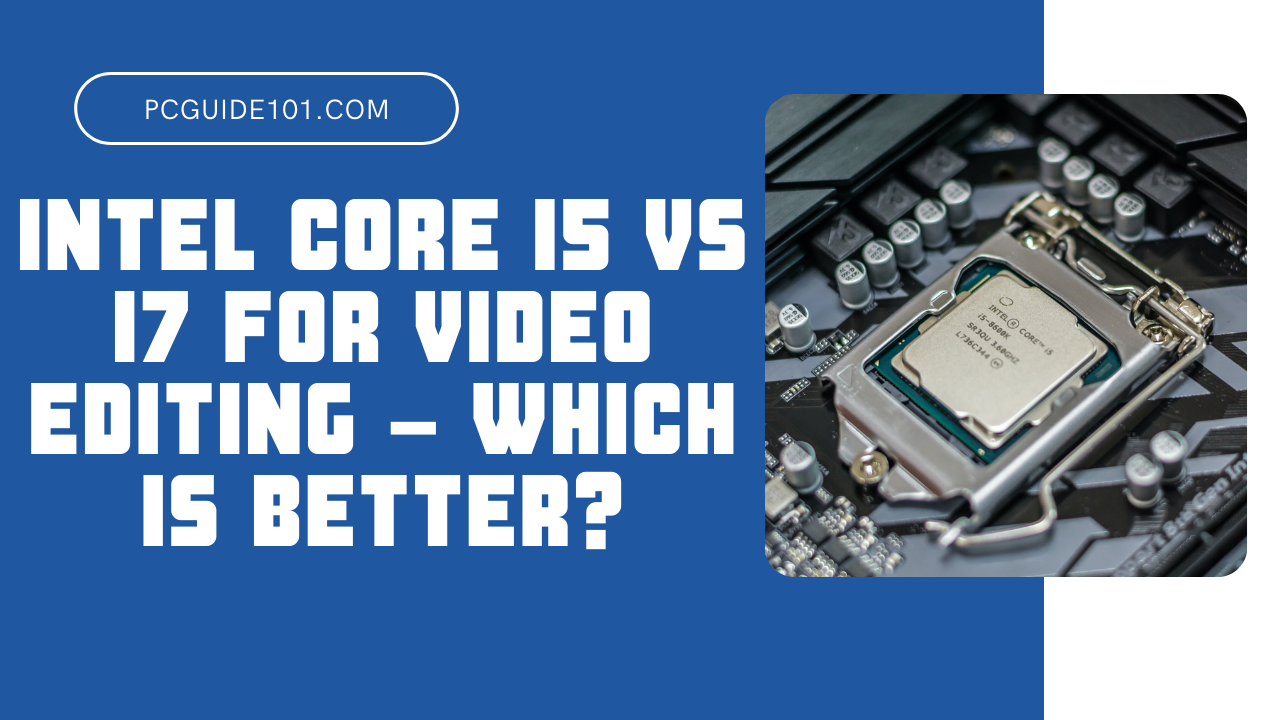 Professionals and intermediate users often compare Core i5 vs i7 for video editing. They are both very popular CPU series for professionals. However,

Oh wow, thank you all so much for your suggestions! A real wealth of ideas to ponder. Several have mentioned the AMD graphics as being very Linux friendly, I am really behind the times, but my experience with ATI hardware was before AMD acquired them, so I see a lot has changed.
For years I built with Intel processors because they had hyper threading, and I was participating in Stanford University’s Folding@Home project. But I’ve always had a ‘soft spot’ for AMD.
I’ll be spending some quality time on Newegg, comparing motherboards, processors and prices.

you should see with Amd ryzen 3 series ( 5000+ for desktop )
refresh will coming in few months ,
see 5950x for that
( after there is AMD threadripper series to 64 cores , or Epyc series )

about lastest series intel and power be careful
see this 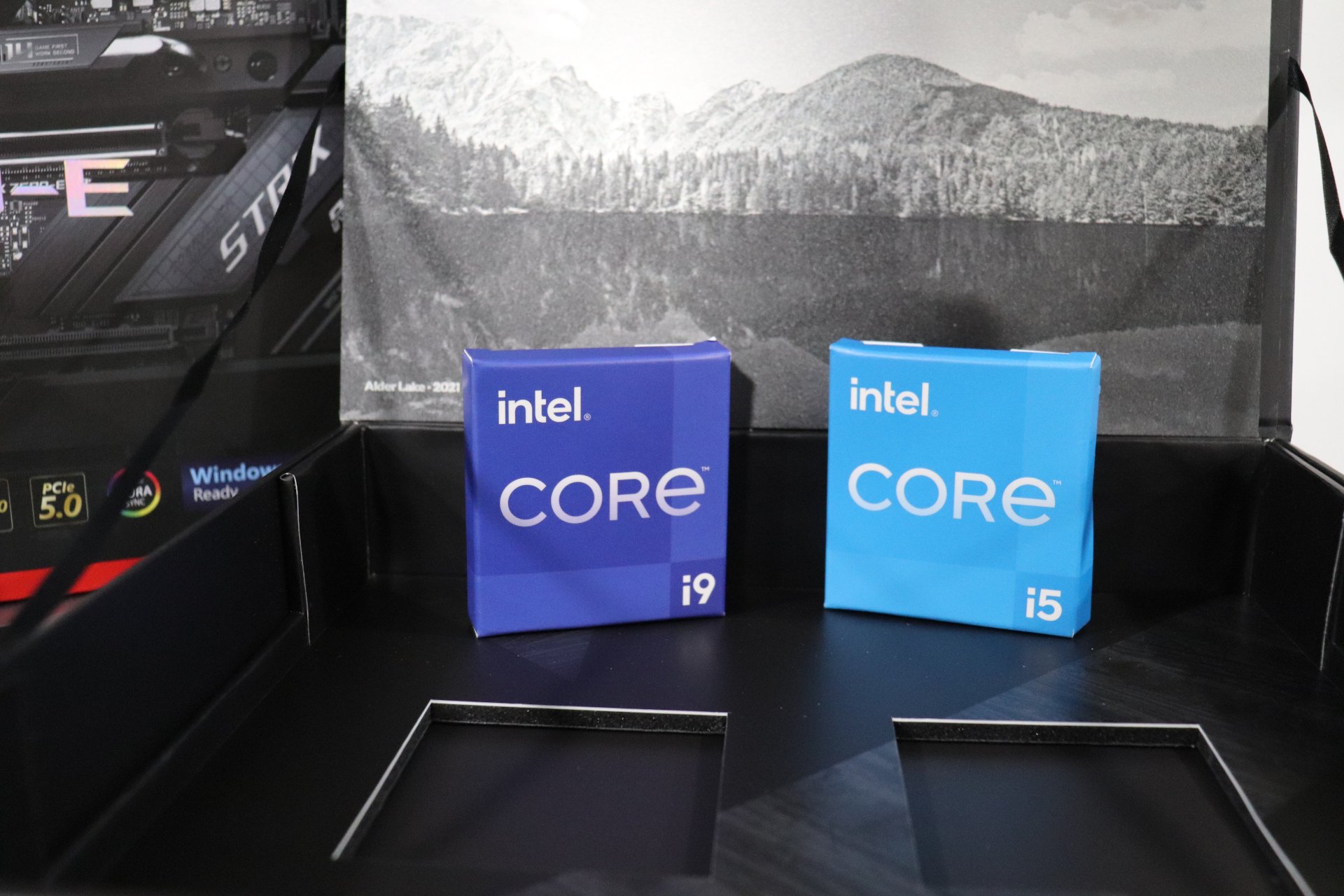 With the Intel 12th Gen Core processors shipping today along with the new line-up of Z690 motherboards, the review embargo lifts for talking about these Intel 'Alder Lake' processors.

and this about power 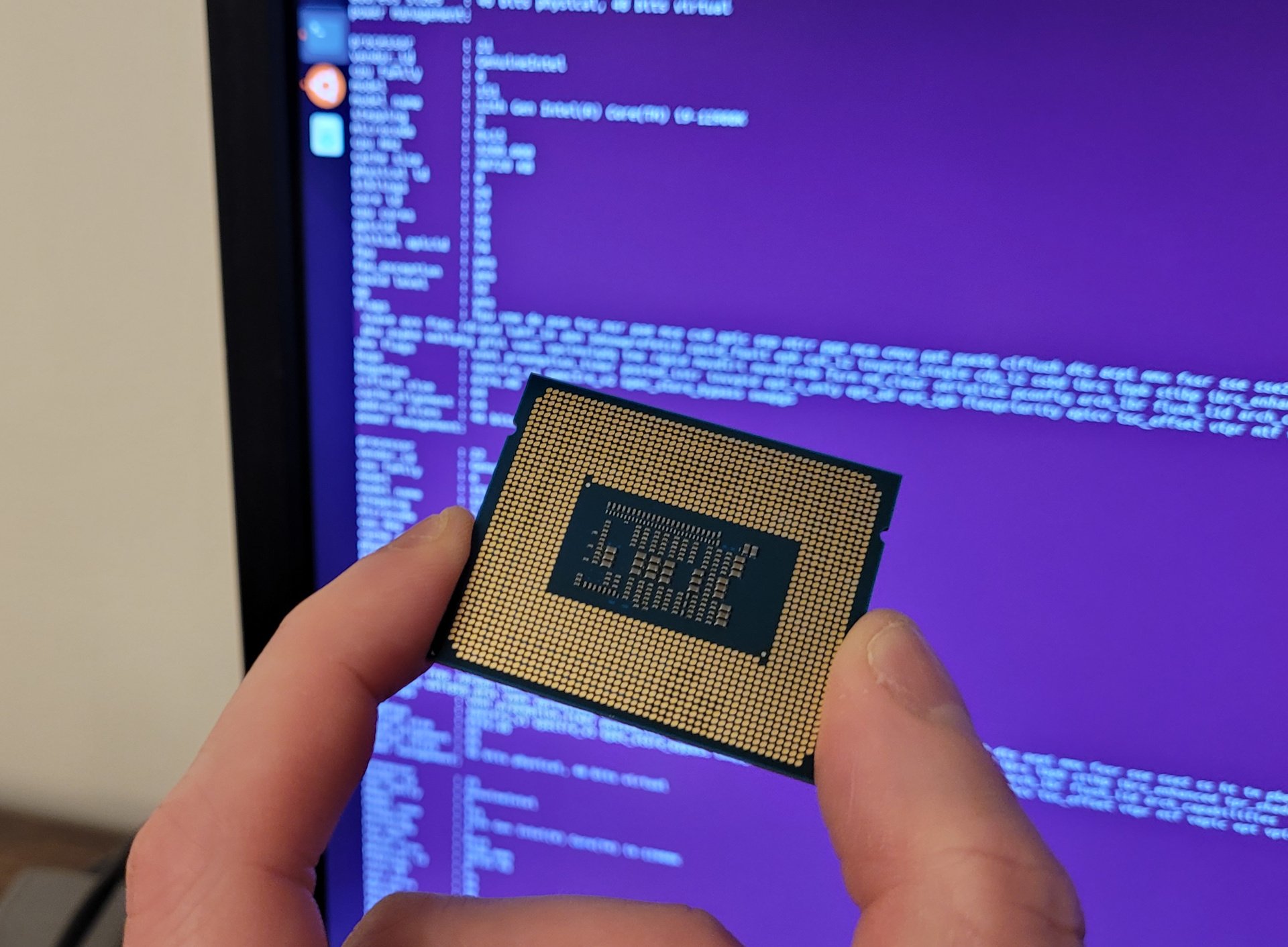 92 different benchmarks/tests were run on the Core i9 12900K system across the four CPU frequency scaling driver/governor choices.

i add also this link about vulnerabilities 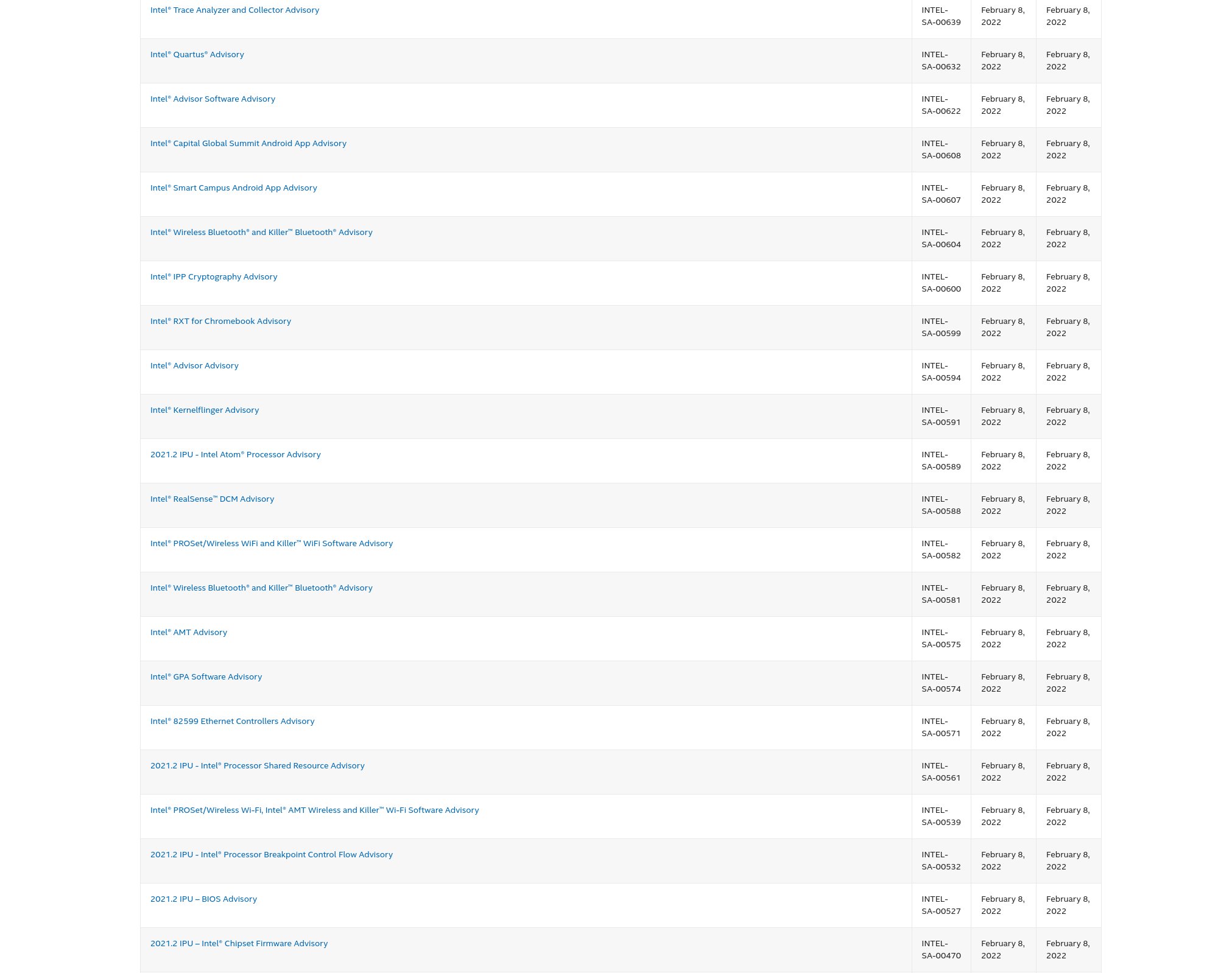 As part of Intel making a number of security disclosures public today, Intel has published updated CPU microcode images for Linux users via their GitHub repository.

I was participating in Stanford University’s Folding at Home.

about lastest series intel and power be careful
see this

Thanks for the Intel performance info. I no longer do any distributed computing activities, but I plan on tackling some video editing, in order to enhance the fitness videos that my group had taken. Adding background, cropping, music track etc.

I havr no expertise of my own, but I have ‘heard’ that multi-threading is not the best path to performance - which might influence your choices some. A threadripper would be contra-indicated though!

I would still stick to AMD to avoid/sidestep most problems, as reasonably quick stuff is out there, and the editing doesn’t sound as if it is TOO heavy - unless it is 8K or something exotic.

So I shop mostly at Newegg, have a wish list with CPU,MB.RAM & GPU: https://newegg.io/f1e7d12
Let me know if that link does not work. This would be an Intel i7 based system, I’d be only choosing one of the two GPUs, I haven’t decided whether to go AMD or nVidia, both have been mentioned in various articles as decent midrange choices for video editing in Linux.
I’m going to work up a Ryzen based wishlist as well, I’ll need to do more reading as I’m less familiar with current AMD system configurations.

You could pair the Intel processor up with an AMD card or an Nvidia. I think if i was looking at the video cards in AMD i would go into the newer series RX 6600XT. As far as a Ryzen processor goes the Ryzen 5600X is very comparable to the Intel i7-11700F. It is also a 65W processor. Gigabyte also has a similar AM4 board for the AMD Ryzen. GIGABYTE B550M DS3H AM4

Edit: There are lots of options in hardware and what you are looking at is okay.

I would actually argue against all AMD depending on the Budget. The i5-12400 is an amazing CPU for 200$, and while AMD is great itll depend on the software you use. Davinci will need proprietary drivers regardless of AMD or Nvidia and Nvidia is generally better for productivity regardless of Windows or Linux. If using OSS drivers with AMD you have meh opencl support, no opencl image support, OK at best hardware encoding, and overall worse compute performance. This coming from someone with an all AMD system I love.

If video editing is your concern I’d do this personally

Nvidia and Intel Encoders and compute support on Linux are just plain better. AMDs h264 encoder is borderline useless on any platform but especially linux due to driver problems making their OK H265 encoder the only usable one. NVENC and Quicksync are miles ahead and Nvidia and Intel GPUs have better compute support across the board along with Blender throwing weight behind Nvidia for serious render performance.

AMD with Mesa is best for gaming, everything else not so much.

Only thing i would change is the 11700F to an 11700k, Intel iGPU is a good backup in case anything goes wrong and beyond that has a lot of uses on its own. The 11700f has iGPU fused off unfortunately.

EDIT: And actually, if you can hack it, 32GB of RAM is very nice for Video Editing.