I was hoping for a happy story here: “Laugh all you want. There will be a year of the Linux desktop”

Instead I got more reasons to despair for the future. The problem is that the Author is mistakenly delighted about Microsoft’s intention to abandon desktop Windows, and instead rent consumers a cloud-based Desktop-as-a-Service. Basically, if you want a fully functional Windows Deskto, you will soon need to pay a recurring subscription fee for it. The Author thinks that this will encourage more people to install Linux. In this respect, he is probably right - but the question he fails to address is whether this will be as possible in the future. Because I see two major reasons why Microsoft’s plan means that future is foreclosed:

I believe that OEMs will still produce laptops with SSDs, but they will be targeted at an increasingly niche market (with a price point to reflect this). 90% of laptops produced will be Chromebook-like machines enticing price sensitive consumers with low hardware costs in what is ultimately a false economy. I predict that over a 3 year period, consumers will pay more for a Windows license than they would for a higher spec machine. Assuming widespread adoption by students and others, eventually the only way Linux will be able to compete with Windows will be by developing a cloud alternative. Given the well-founded general disdain for corporatism by Linux users, I don’t see this as realistic in the medium term. This isn’t a question of the technology not being there, but rather that it would the Linux community to unite around one platform and funding model.

I suppose this is good reason to be thankful that we have our own Linux OEMs like Tuxedo, System76 and Star Labs. They may be our last bulwark against this corporatist dystopia.

Edit: apologies for posting in bug reports by accident.

I suppose this is good reason to be thankful that we have our own Linux OEMs like Tuxedo, System76 and Star Labs. They may be our last bulwark against this corporatist dystopia.

I’d say the only freedom based future in a long-term would be open-source hardware like RISC-V…
It will surely cost a fortune and will be less performant, but it’s something reasonable to be invested in.

First time when full open-source hardware system will be available:

We’re good to go, because it means that it can be repeatable in the future.
Of course i’d assume that all technologies to produce this stuff will be controlled since we’re living in a

, but regardless having knowledge and open-source hardware gives freedom a chance.

instead rent consumers a cloud-based Desktop-as-a-Service.

It is not M$ (only). I believe I read some time ago that at “some thinkers organization” they discussed something like changing how the daily “economic” life will be.

It was like planning that no body should be “owning” anything. People should be “renting” everything.

Many “excuses” or explanations were given.

But for me, still remains a question, I will be renting everything… OK, from whom? From an owner!

So, this is just a step! 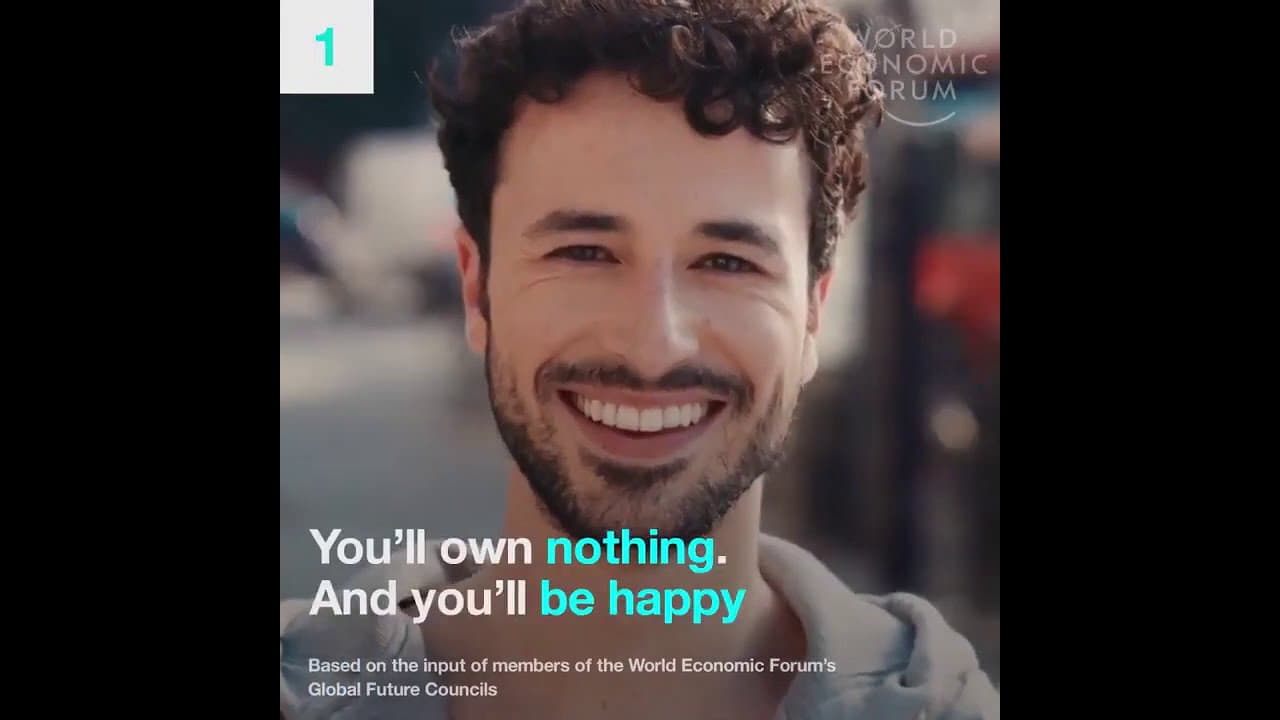 And you will eat “zee bugs”

Ahh yes the Fourth Industrial Revolution dystopian hellscape brought to you by McKinsey Consultants in cooperation with the Robber Barons of Silicon Valley.

And don’t forget to be happy! Or else…

Going down, point number 1, but the link… it does not exist.

What worries me, is still, somebody is planning to “own” “everything” and collect “rent” from everybody. Why “them” “own” and we “do not own”!

That’s the point - it legitimises increasing levels of capital accumulation by foreclosing ownership to the majority of people. As seen in many places across America and Europe - a vanishingly small number of people can own a home unless they inherit it (and even then, in many cases the G-man wants a cut via inheritance taxes).

What worries me, is still, somebody is planning to “own” “everything” and collect “rent” from everybody. Why “them” “own” and we “do not own”!

Naaah, it’s all just a coincidence, move along citizen!

I’ve been a middle of the road liberal my whole life but honestly this shit is making me go full anarchist. I don’t mind collective ownership if I have a genuine voice in how shit is run, and I’m interfacing directly with people with no algorithm designed by Lizard people censoring my views. The way things are going at the moment, we’re going to get all the negatives of Bolshevik State Capitalism and none of the positives.

I might be wrong but the “power entity” which grants you the right to property, could take it away at its whim. Like any other rights actually.

2 certain ideologies from the beginning of XX century

Communism you mean? This is way far from communism even.

I can say “it legitmises increasing wealth of the rich (1%, 0.5%), and impoverishing everybody else!”

I wonder how some humans could think more devilishly than devil himself!
I have got more than enough!

Imagine a future when you get get shadow-banned from “your” (i.e. not really your) device, home, car etc.

which grants you the right to property, could take it away at its whim.

Renting “everything” is actually applying this in a way that makes you happy!

Don’t worry!
I am still “very” alive as I believe 85% of windoze is pirated! I wonder if someone has statistics.

I wouldn’t be so sure, there are some Linux distros which offers pay for special options, like Zorin OS…
Word on the streets say it can be

I’m talking about “real” Linux not a…

Well actually Zorin is a great distro with very-high degree of attention to details, free version i really like not tried the payed one.

I just had a look at DistroWatch, it says “ It has a Windows-like graphical user interface and many programs similar to those found in Windows. Zorin OS also comes with an application that lets users run many Windows programs.”

So, I do not get the point!
Why would I care running windoze apps…