I went all in with my ‘daily driver’ laptop, an ASUS Zenbook Flip (UX461UN). I fired up the EndeavourOS installer and choose the option to ‘erase this hard drive’ and ultimately decided on Gnome. I have to admit I was a little nervous …

Less than 24 hours in and things are looking really good:

So far so good, working pretty productively already and getting settled in with a nice clean setup! I’ll work on my two issues, but don’t be surprised if I end up having to create a topic or two to get help with those!

Congrats! I’m looking forward to screenshots. . . While I physically just don’t understand how to use GNOME, it sure can be pretty.

Two screenshots … I opened a handful of windows for one, and the other is the clean desktop with another background. 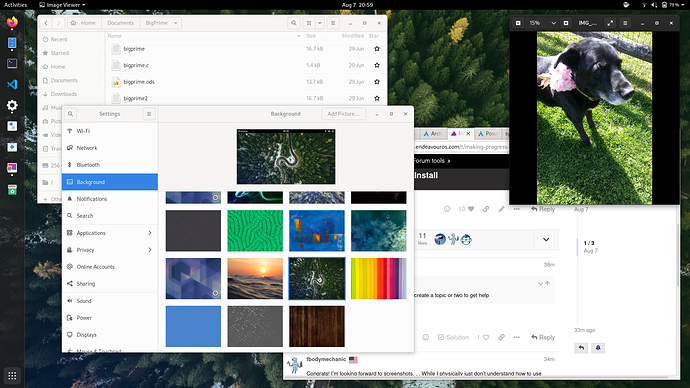 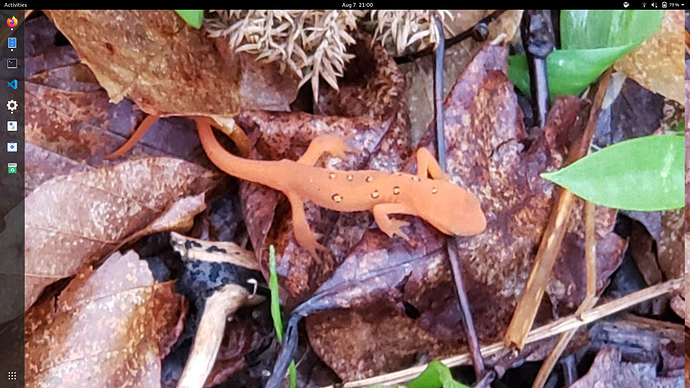 I used to HATE Gnome. With a passion.

Then I tried Pop!_OS for about 4/5 months as my main distro, and I really grew to love it. It’s polished in a way that most other DEs aren’t, but the ultimate niggling factor for me was the lack of customisation outside of the need to install extensions to make the DE even work.

Very slick though when it does work, and I love the overview view. The animation in and out of that view is smooth as butter.

To be absolutely honest I don’t mind Gnome, I even like it’s default workflow, but the devs of it… pisses me off. As in seriously. On one hand I get it, they get so much s**t from people for “removing features”, but on the other hand many of them have the Steve Jobs approach to design: “We have the best looking AND ultimate workflow. IF you don’t like the default workflow it’s because you are an inferior human being”.

It doesn’t help that they both recommend Extensions AND deliberately break them. The official reddit is full of actual devs recommending this extension or that extension… then without a second thought break them completely two days later.

Plus my ultimate pet peeve: They have (since many versions ago now) removed the choice of default programs. Specifically the terminal. That is simply not acceptable to me: I want to use another terminal as default and the only way to do that is to actually break the system by linking the command for gnome terminal to another terminal.