Loggin in to console

When I start my machine it takes me to the console, not my actual desktop environment.
When I try to sudo pacman -S gnome it tells me sudo command not found.

This installs gnome desktop environment and you don’t want to do that everytime you login. On gnome the default display manager is gdm. Enable it systemctl enable gdm.service and reboot.

Not possible unless you have done something wrong with your system.

The problem persists I start the machine it starts /dev/sda1: recovering journal and it stays there the whole time.

Did you attempt an update and fail in the process?

You should chroot in and finish the update. Or if it lets you, switch to a TTY and do the same ( nmtui if you need wifi).

If nothing else from chroot you can post up system info that could be useful.

What were you doing when this happened?

… i feel like we should remove the “quiet” flag from grub

users would see where it fails …

What do others think?

It makes me feel like a hacker to see the boot cascade. But. . . I’m aware in an odd one lol.

Removing “quiet” flag is one of the first few things I do after any fresh install.

I enjoy watching those boot messages.

i do have the journal running all the time: 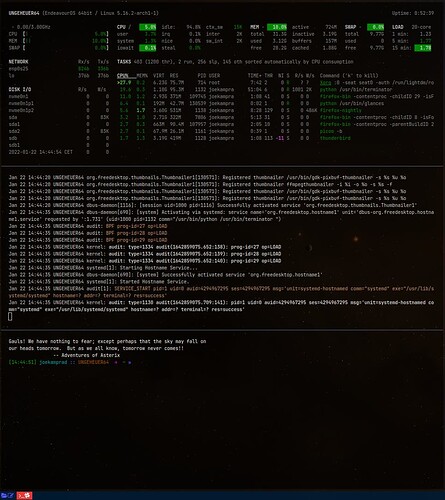 i do have the journal running all the time

I have grown to love journalctl -f

I guess then one would need to blink with the same frequency of the CPU to catch a sight of them? 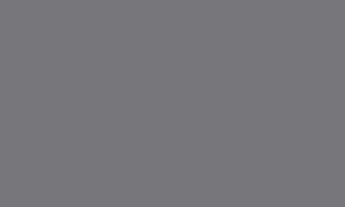 Removing “quiet” flag is one of the first few things I do after any fresh install.

Mostly i don´t know what it wanna tell me, but i like it very much and too I am with

It makes me feel like a hacker to see the boot cascade. But. . . I’m aware in an odd one lol

I have always hated it when the boot messages are hidden ala windows. I would like quiet to be disabled by default, but I don’t have to have it either. It has become a habit for me to disable it after a new installation, among other measures.

I love the commitment in the comments but could we go back to the issue at hand!

yes back to your issue:
give some more info like:

so after install (GNOME) system runs fine but suddenly reboots and the issue arises?
recovering the journal shows that something went wrong already…
So if you can not use TTY you will have to boot a livesystem like the installer iso from USB stick and check system from there to have a working system to start with…

you can also check the drive/s from livesession before chrooting into system:

what will check and fix automatically where /dev/sdXn needs to be changed to the drive you want to check.

What do others think?

If it were up to me, I would certainly remove it from the default.

Sure, text scrolling can be annoying, but it takes only a minute to add the quiet option. And those who do not like it and do not know how to add the quiet option are incentivised to learn it, so then they’ll also know how to remove it if something goes wrong. Instead of not knowing it and having to do it for the first time at the moment when other things are going wrong as well…