I've been practicing Digital painting on the side, two months in and I'm still practincing sketches. Whatdya think?

For the past few months, I’ve been doing some sketches of Rayla, a character from the show “The dragon prince”. It’s a great show BTW. Worth watching on Netflix.

I’ve been at this for two months now. It’s slow, but progress is progress. 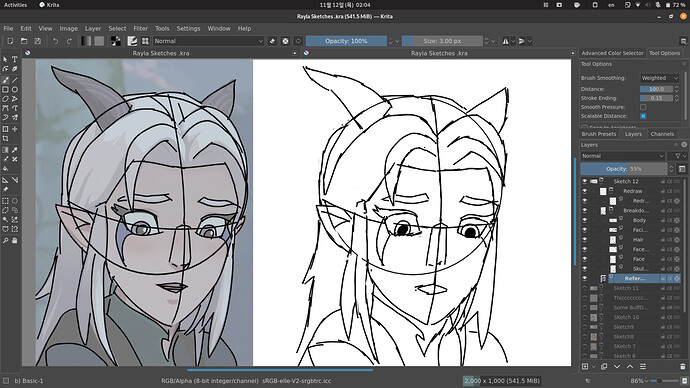 I don’t really have anywhere else to share this so I thought you guys might appreciate it.
I’me drawing on this shitty Wacom bamboo tablet. It’s really old, isn’t very accurate, reads ghost swipes etc. But it works out of the box on LInux so that’s a plus.
I’ll be getting a better tablet anyways. The XP pen deco v2 looks nice. Cheap, accurate with offical linux drivers.