It took almost an ENTIRE month, but it finally arrived!

My new Endeavour machine is here!! 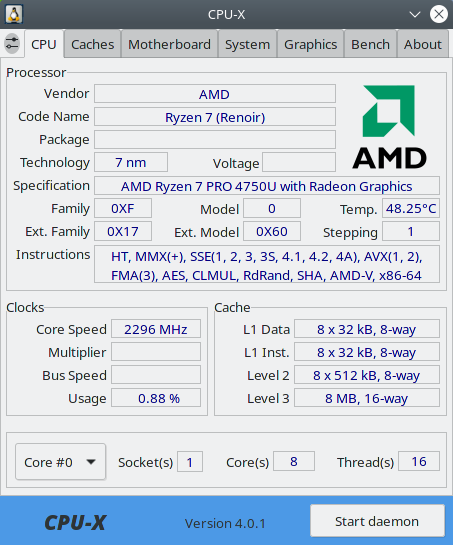 (in thin laptops at least)

Yup, reason I went with the T14. E14 has only max 16GB soldered (single channel), L14 isn’t available yet (although WILL have dual dimm according to Lenovo), T14S has only soldered (although 32GB dual channel is available).

I’m a number smaller (an E14) but installing and running EOS is as good as it has been on the good old E530.

I actually originally wanted an E14 until I saw that it was single channel memory only now. I had quite a few E-series in earlier versions.

Did some Geekbench on it…

I would get this one too because it has only Radeon graphics correct?

Correct, integrated Vega 7 is the only video. That was also important to me, even though I’ve had good luck with Nvidia graphics, I don’t game so really didn’t want the hassle of setting it up, nor did I want the additional power draw.

It’s exactly what I would do also.

Yup. I really wanted the 15-watt chip. I’ve read a couple articles of laptops that are available with the 4800u, but I haven’t found one actually on a manufacturers site as available. So decided to go with this since it was available for custom builds (I specifically wanted the better 400-nit LCD over the entry level 250-nit, even though the 250 isn’t actually that bad, as my T495 has that)