Hey all. So, I installed the BSPWM Community edition using the ISO and it’s great. The default configurations are quite intuitive and it looks amazing overall. However I also want to install a traditional DE, XFCE4 specifically, that I can use along with my BSPWM installation. I was not able to install both of these during the initial installation process as they were on different installers and I wasn’t able to figure out how

I tried to install the required packages for XFCE4 from this repo: 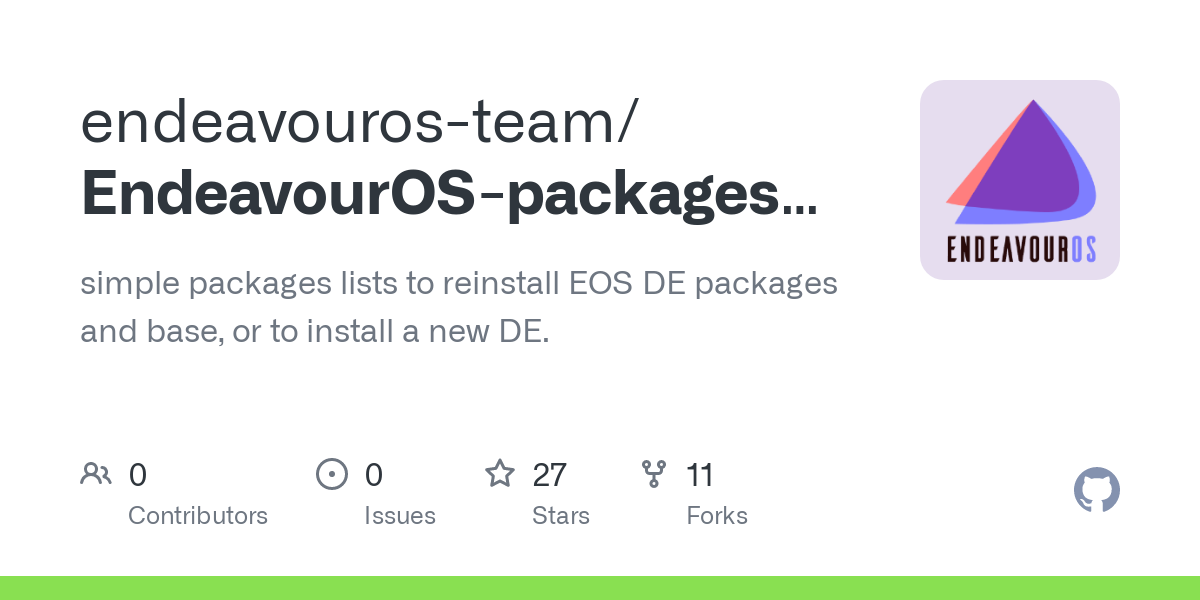 I ran the command sudo pacman -S --needed - < xfce4 and got the following error message:

How would I go about doing this so that my BSPWM install doesn’t get messed up?
I also want to switch between BSPWM and XFCE4 at the login screen. Does lightdm support this? Or do I need to switch to another display manager?

How would I go about doing this so that my BSPWM install doesn’t get messed up?

Create different users is the first thing I could think of, and it should keep things separate.

I also want to switch between BSPWM and XFCE4 at the login screen. Does lightdm support this?

Lightdm should do this just fine.

I would install the bspwm version and install xfce second, as xfce should pull a whole slew of dependancies with it and that should be it. If you wnat to use bspwm within xfce - you can search my xfce-i3 guide and follow the pieces of killing xf4wm and startup with bspwm. This will guarantee that you have mixed settings though, so that may not be what you want.

To install this should help (you probably were trying to install xfce instead of xfce4):

How would I go about doing this so that my BSPWM install doesn’t get messed up?

Do not install EnOS xfce4 packages, as they include modifications that cannot coexist with those for BSPWM. Use Archwiki instructions for xfce installation.

Does lightdm support this?

Although this is a valid advice for DEs, for WM based sessions it does not seem to be required, except for dot files (copied from /etc/skel/), that need inspection for entries conflicting some common functions.

To be sincere, for normal usage, I would also create a separate user for the secondary DE, but I usually install on the same account, in order to chase this kind of conflicting situations, for knowledge, and mainly because I hate them and try to find solutions for those conflicts.

. I would not recommend this to inexperienced users.

Thanks for your help, following the Archwiki was basically all I needed to do after all.