Using the current endeavouros as shown below. Here are some timings:

It seems that the sha256sum runs the fastest, with consuming the least cpu time.

How many times did you run the test? sha1 should be faster then sha256 in theory. They use the same block size but sha1 is a simpler algorithm. I did some quick testing and for me sha1 was always faster.

Your results could be more about testing differences due to caching or other activities. If you want to bench them for some reason you might consider taking the average of multiple tests.

That being said, the differences are pretty minimal since most of the time is probably io reading the iso.

most of the time is probably io

A lot of the benchmarks people do are actually testing IO rather than anything else. For example, build a kernel on a 5400rpm 2.5" HDD and it will take far longer than building in RAM, no matter what CPU you’re using.

It seems that the sha256sum runs the fastest, with consuming the least cpu time.

That’s probably because modern CPUs have optimisations for some hashing and crypto algorithms, for example AES.

And, as has been mentioned by dalto and jonathon, I/O.

Try copying your iso to /tmp and running your measurements again maybe?
Btw, sha512 should be about as fast as sha256 on 64-bit CPUs.

I would think sha512 could potentially be even fast than sha256 on larger files given it’s bigger block size.

BLAKE2 is best for performance, but not that widespread yet…

Haven’t tested BLAKE3 though, wonder how it goes

It will be interesting when they get to Blake’s 7.

Come on, it’s super-fast compared to any sha already 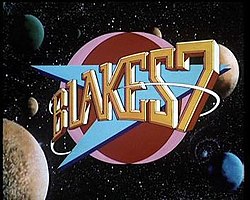 Blake's 7 (sometimes styled Blakes7) is a British science fiction television series produced by the BBC. Four 13-episode series were broadcast on BBC1 between 1978 and 1981. It was created by Terry Nation, produced by David Maloney (Seasons 1-3) and Vere Lorrimer (Season 4), and the script editor throughout its run was Chris Boucher. The main character, at least initially, was Roj Blake, played by Gareth Thomas. The series was inspired by various fictional media, including Robin Hood, Star Trek, ...

I have one partition mounted /ISOs with many current ISOs.
sha256sum appears to be faster than does md5sum, or sha1sum.

By the way, I did copy the endeavourOS to /tmp, which is a ram partition.

I was just pointing out an anomalie, and I am not saying that md5sum is inadequate. It definitely is definitely more than adequate to use to verify that no downloaded corruption occurred.

I was purely timing the verious sha*sum algorithms against md5sum.