I so very much hate Chevrolet right now

What would I give to be able to buy a new car like this: 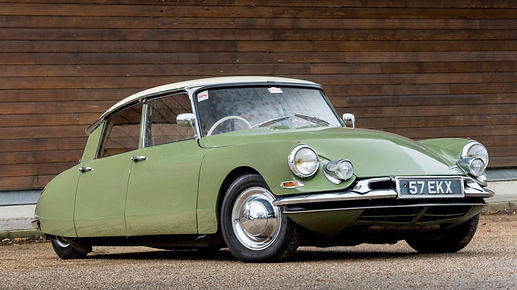 Most vehicles made in this century are absolute rubbish

That statement can be extended to a lot of other products as well if not all. For “obvious” reasons.

You are completely right, of course. But we are talking about cars here.

But we are talking about cars here.

Is that a DS21? I seem to remember that the swivelling driving lights came only on later models…

Definitely not DS21, probably DS19. Though, DS21 is super nice, too

Funny thing, when these cars were new, they were considered very unreliable and expensive to repair, because they had a lot of (potentially unnecessary) added complexity, especially with the hydraulic suspension which could be used to raise and lower the rear end of the car (as you mention, very comfy on roman roads

However, I still see them on the streets from time to time. Compared to modern cars, they are extremely reliable, and would not be at all expensive to repair if spare parts were more easily available.

The only nightmare with those is IF you manage to have a hydraulic leak - there goes the suspension, the brakes, the steering… Probably the first car to make a tilt-loader a preferred car recovery system! Otherwise, a bit underpowered (fast enough, but a bit slow to get there) is the only fault… they also taught a certain ‘elan’ required for shifting, to avoid a sensation of being at sea

A well-written guide on the hydraulic system of DS:

The hydraulic system of the Citroën DS explained [PDF]

DS - best car ever.
Never driven one, but I did enjoy a few rides on the backseat. Well, it’s not a seat, but a sofa

Gee - I would have characterized it as a cloud! Incredibly comfortable way to get around - though perhaps lacking in lumbar support.

@Kresimir - that guy should take up writing technical manuals! Ohh…

Very clear and fairly exhaustive -it makes you wonder if he was present at the design conferences! If I was made of money - I would have one - very cool cars. 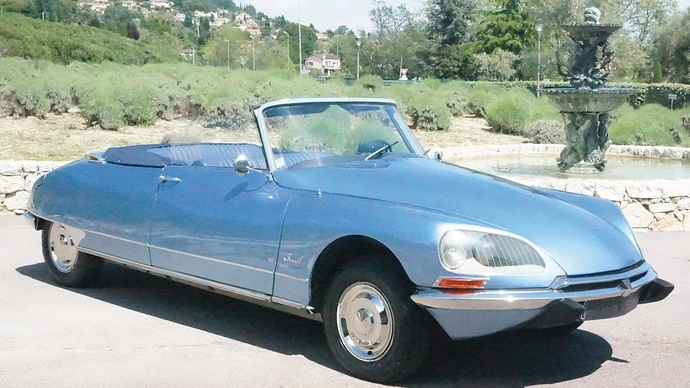 I remember in the 1970’s my father bombing down French highways at about 125 in his Triumph 2500pi and feeling silly with those French DS boats cruising past at 140 plus.

*The Micra is called March in Thailand for some reason.

Ewwww, no way. British cars make American cars look like eternal running super reliable tanks, German cars are reliable, yes, but boring boxes other than Porsche, which are just VW Bugs with their roofline chopped. French cars are mostly ugly, ungainly, uncomfortable, and underpowered, and the Italians…well, THERE’s the only reason most people think European cars are better, but you’d better be making BIG money to do maintenance on things!!!
Saying that cars were more reliable last century is forgetting that the 70’s and 80’s were last century. Nothing made in this century is as bad as much of what was made in the late 70’s and throughout the 80’s. Noone from any continent was producing QUALITY machinery during that time. Almost everything was designed to be so cheap that they rusted to pieces shortly after they were paid off.
Definitely a rose-colored glasses statement.
The height of automotive design was in the 60’s IMO. Mustang, Camaro, and Corvette from the US, Datsun gave birth to the fairlady Z with the 240Z, Lamborghini had the Miura, still one of the 2 sexiest Lambo’s to date, Ferrari had the 275 GTB+4, Germany had VW Bugs and VW Bugs that had bigger engines and chopped rooflines…oh…that’s not impressive looking, nevermind…While there have been some AMAZING cars since then, everyone (that was around) had something amazing in the 60’s.

IMHO (modern) German cars are neither more nor less reliable than (modern) French or Italian cars. US cars, I don’t know, there aren’t many of them around here. Cadillacs from the embassy and a few Mustangs and Vettes from all ages

My Toyota Altis has impressed me, 250K KM on the clock and it’s still running.

I’ve been very disappointed in Chevrolet for a very long time. A Corvette is the only one I’d ever consider buying, they are fantastic compared to everything else they make. My wife’s Cruze is complete trash. She got it just before we met, and I would have never let her buy it.

Have you installed EndeavourOS on your Corvette?

We laugh, but it might already have some form of Linux already.
You Never Know

EDIT: 2007 Chevrolet Corvette | PCM Engine Computer ECM ECU I wonder what this looks like on a computer

We laugh, but it might already have some form of Linux already.
You Never Know