I love my current desktop look which consists of the WhiteSur-dark theme, Sweet-cursors and Kora icons. To me, this combination looks stunning and so I want to keep it.

Searching Google on “how to NOT upgrade to Gnome 42” yields interesting results which are not helpful as the word NOT gets ignored. I can’t possibly be the only person out there who wants to hang on to the custom setup and tweaks. After all, that’s what Linux is all about.

Any advise on how to NOT upgrade to G42 until the custom theming or lack thereof has been fixed?

Partial upgrades are not supported or recommended on Arch.

until the custom theming or lack thereof has been fixed?

Is that happening? I was under the impression it was more or less a permanent change.

If you want to use outdated software, EndeavourOS is probably the worst distro for you, honestly. The effort required is simply not worth it.

I’m just waiting until the pop tiling extension works on 42.

Flat out just not updating is the least worst choice currently. After a few weeks though you really should update. OR use a non Arch distro that utilizes gnome 40-41 still

Just put the gtk4.0 theme folder contents in
~/.config/gtk-4.0 and it should work. That’s what I did with Yaru Prussian Green I use.

Is that happening? I was under the impression it was more or less a permanent change.

Its permanent but also you can still theme just fine as a user just where you put it is different. The theme changes are for Vendors and not users. Icons haven’t changed how they work and neither have cursors.

Its looking like from a user perspective themeiing libadwaita is going to get even easier it just makes it so application devs can ignore the theme if they want to.

Its permanent but also you can still theme just fine as a user just where you put it is different. The theme changes are for Vendors and not users. Icons haven’t changed how they work and neither have cursors.

Do applications that have switched over to libadwaita still honor the gtk4 themes?

Do applications that have switched over to libadwaita still honor the gtk4 themes?

If the application Dev opts into doing so yes. System applications all do so far. App devs can ignore themes optionally to prevent breakage.

Edit: check what I added to previous post. Its actually very easy for users to theme themselves using the .config folder route

It already works. Updated today and no issue with pop she’ll at all

@vgaStudio if you want to stay on 41 is better to you to use a fixed release distro that as it and maybe even better that is an lts release, so you have security update and fixed version of gnome for at least some years still. Rolling distro are made to have always the latest software more or less

Updated today and no issue with pop she’ll at

Sounds good to me! Everything else is optional. I don’t work without tiles.

That was fairly anti-climactic. Basically it appears everything works. dash-to-dock is now called ubuntu-dock in the extensions manager. And other than tweaks/extensions, everything else seems to work in dark mode. Pretty much all of my other extensions still seem to be fine.

Edit: now everything is in dark mode. I had to go into settings and enable the very aptly named “dark mode.”

Everything seems to just work and 42 is pretty much the same as 41 for me.

If you want to stay on Gnome 41, you can wait till the Gnome 42.1 point release is out on April 23rd and upgrade to Gnome 42 then. That release should fix many of the major bugs that are out now. But in terms of staying on Gnome 41 indefinitely, I wouldn’t advise that on an Arch based distro. Arch assumes the user is always being up to date, otherwise you’re going to end up having dependency issues sooner or later and that is a whole other headache.

tl;dr you may wait 2-4 weeks to update if you can hold out for bug fixes, but outside of that window I wouldn’t advise it; consider another distro with Gnome 41 if you’re really set on sticking with it. But even then eventually those distros will update to Gnome 42 at some future point.

Like usual you are giving the most sane advice. Wait a couple weeks so you can see the bigger picture on what is broken and then fixed.

@vgaStudio As for theming, well I have shut off my Gnome Extensions and taking the system as is. I keep the pretty icons\cursor from whitesur. But if I want the MAC OS look … best to plan a transition to KDE. Gnome has made it clear that they want you to use their desktop according to their standards. This is why you are seeing Pop OS, Budgie slowly moving away from Gnome. I would not be surprised if this will take the better part of 2 years.

For what it’s worth - I had exactly zero extensions break with the update to 42. I will note that dash-to-dock now seems to appear as “ubuntu-dock” which makes me a little disappointed. 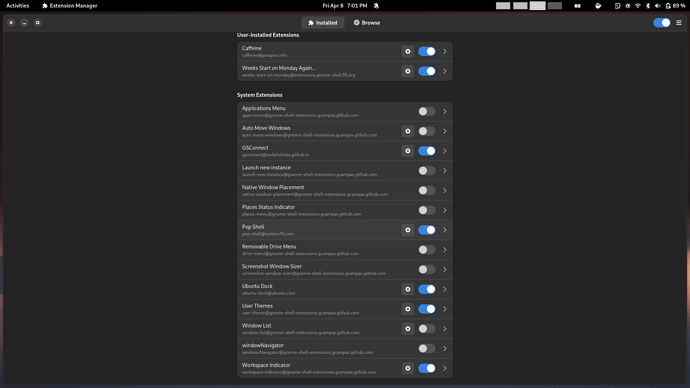 I want the MAC OS look … best to plan a transition to KDE. Gnome has made it clear that they want you to use their desktop according to their standards. This is why you are seeing Pop OS, Budgie slowly moving away from Gnome. I would not be surprised if this will take the better part of 2 years.

Literally just move the css files to another folder lol

I already covered how to use your theme in libadwaita. As long as it supports gtk4.0 move the gtk-4.0 folder contents in your theme folder to the folder I mentioned in my previous post. That’s how I use my theme in gnome 42 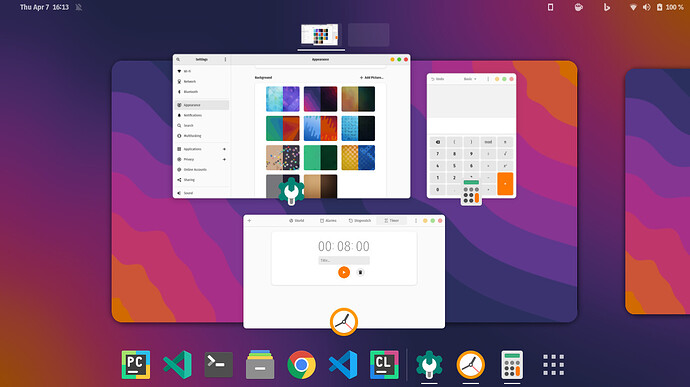 Also to clarify current workings in regards to GNOME

The arrival of libadwaita allows us to do a few new things with the GNOME platform, since we have a platform library to help developers implement new platform features and implement them properly. For example, libadwaita gave us the opportunity to implement a global dark style preference with machinery that allows developers to choose whether they support it and easily adjust their app’s styling when it’s enabled. Alexander Mikhaylenko spent a long time reworking Adwaita so that it works with recoloring, and I want to take full advantage of that with the next two features: global accent colors and a recoloring API.

Libadwaita makes it simple to implement a much-wanted personalization feature: customizable accent colors. Global accent colors will be opt-in for app developers. For the backend I want accent colors to be desktop- and platform-agnostic like the new dark style preference. I plan to submit a proposal for this to xdg-desktop-portal in the near future. In GNOME it’d probably be best to show only a few QA-tested accents in the UI, but libadwaita would support arbitrary colors so that apps from KDE, GNOME, elementary OS, and more all use the same colors if they support the preference.

Developers using the recoloring API will be able to programmatically change colors in their apps and have dependent colors update automatically. They’ll be able to easily create presets which can be used, for example, to recolor the window based on a text view’s color scheme. Technically this is already possible with CSS in libadwaita 1.0, but the API will make it simpler. Instead of having to consider every single color, they’ll only need to set a few and libadwaita will handle the rest properly. The heuristics used here will also be used to ensure that accent colors have proper contrast against an app’s background. 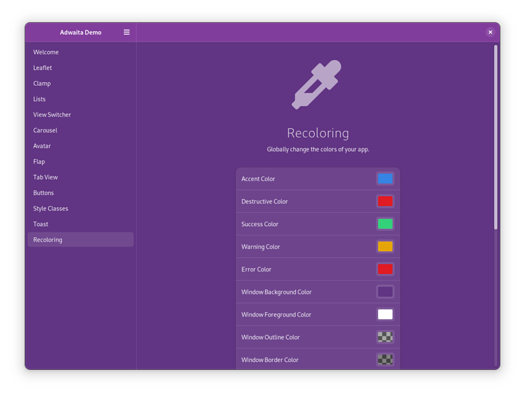 You have installed many extentions as system extention, what advantage does that bring?

Any advise on how to NOT upgrade to G42 until the custom theming or lack thereof has been fixed?

This is exactly what “release management” means. There are other distros out there which spent much effort on release management. If you want to do this on your own I wish you good luck. From an Arch standpoint you are ending up with an unsupported setup.

Honestly if you don’t want changes that may break extensions and theming I’d look for a distro which isn’t a rolling release. Just my opinion though.

Most of them were pre installed by gnome honestly. They must ship with the gnome meta package from Arch