I had forked and made a pr to a repo but those changes weren’t accepted. The problem is that I made those changes on my main branch as result whenever I try to fetch it from upstream it prompts me to again make a pr which ofc I don’t want to. 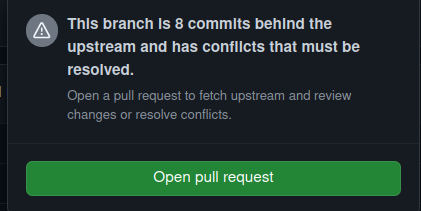 As a last resort I can delete this repo and fork again but asking here for some other appraoch.

hey @dalto put it in lounge but pl dont close which i think you were just going to do.

You should never make changes in the main branch of a forked repo. Always make your changes in a branch.

If you don’t care about the changes, just delete your fork and create a new fork.

If you do, create a branch which will have those changes and then reset the main branch to match upstream and force push it up to github.

reset the main branch to match upstream and force push it up to github.

How to do that. All stackoverflow commands not work.

All stackoverflow commands not work. 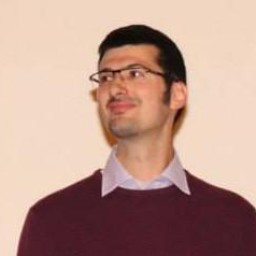 Clean up a fork and restart it from the upstream

Thanks a lot. This worked. I wonder I github doesn’t do that automatically if one wants.