Hello and thanks from California

Just wanted to say thanks to the EndeavourOS team for your i3 implementation. I have been using Linux off and on since the days when SuSE was just plain SuSE, when Novell developed it. I came back to using it exclusively over a year ago, and my how things have changed since my last distro I used - Crunchbang - which I used to use until about six years or so ago. When I came back to Linux, I found it had ceased it’s development, and I looked at the Distrowatch rankings (believe me, they matter to someone wanting to know what distro is hot at the moment), and have hopped through many. I have been through all the DE’s and found that Openbox is still what I prefer opposed to say Plasma, I still prefer minimalism than every feature you can shoehorn in a build, and that there is nothing wrong using an Arch based distro, no matter what Reddit users say lol.

I have tried your distro before, liked it, but was still trying out others. Then In saw a vid on YouTube that showed your i3. I installed it with just your i3 at install (well, along with LXQT in case), and it’s perfect. I have installed i3-gaps on other distro’s, didn’t like having to find dotfiles as I am still new to it, and your distro is clean and fast. I have several partitions of Linux installs on three different machines (because I am crazy), all of which are either Arch or Debian based. It will get worse when I get into Void, NixOS, and Gentoo lol. I just want to say thanks again from a budding enthusiast. Who strangely never joins Linux forums, ever since I got banned from Ubuntu’s back 1997 or so, and trust me, they weren’t as nice as Ubuntu claimed to be.

Great a drummer, Welcome and enjoy hour time on EndeavourOS.

Who strangely never joins Linux forums, ever since I got banned from Ubuntu’s

Genuinely interested; but don’t want you to relive the hurt …

ever since I got banned from Ubuntu’s back 1997 or so, 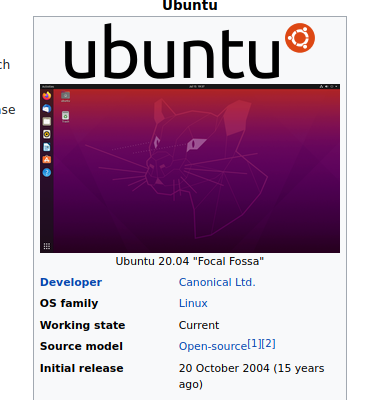 Welcome and thanks for the flowers on our i3-setup, it is meant only as a starting point to setup as you like but sure usable as it is.

Lol, hurt? Nah, I used to hang on smack boards back in the day, so my trolling and smack skills were well honed lol. I just had some post install issues on a Dell laptop, and I went to the forum to ask some questions. I got all the “DID YOU DO THIS YA NOOB?”, and after a while I got banned for this “Fuck this, I am going back to a real OS”.

Now, I have done many many many tech trade shows at the Moscone Center in San Francisco doing A/V stuff back in 1991 and forward, MacWorld, AES, whatever World you can think of, did Interop in Las Vegas I think 1992 (when the union decided to strike against our vendor, and 50 percent of our orders were not set at trade show open, and I was unfortunately at service desk lulz), built and rebuilt my own boxes, knew Apple and Windows OS’ because I had to, had to sync SunSparc stations to our displays, in other words just because the company I worked for had the Moscone contract, there wasn’t ANY tech out there that I had not dealt with, because if it was on the Moscone floor, it was the cutting edge leading tech of the day. This was even before the internet as we know it existed. I was running 386 and 486 boxes out on the floor, remember when the first Pentium hit the floor (and killed our displays), and getting that kind of attitude on a forum whose software fell out of the weekly you got in the newsrack kinda needed some attitude back lol.

I never felt the need to ask questions on a forum because any issues that arrive aren’t that unique as to not find a solution via a cursory Google search. Forget Arch forums, the people on Reddit are bad enough. I am not the most well versed person when it comes to Linux, but I know what I want, and what I need to achieve my goals with it. I never liked Ubuntu because it can easily become a huge mess and I hate it’s package management. One person said it best: “Ubuntu is Debian for kids”.

Anyway, sorry if I offended Ubuntu users, but that’s the story of why I got banned lol.

Edit: apologies for using the F-Word, but it is for the story’s sake.

Welcome!! This is a fantastic community.

Yeah I forgot what year I was banned lol. It’s like the only way I can reference the time when I first got into Linux, was when Terrell Owens and Jeff Garcia both played for the San Francisco 48ers, and the reason why I use that was because I belonged to a 49er fan forum back then, and few there got me into trying it.

My timeline being a few years off doesn’t take anything away from Ubuntu’s forum being worse than football fans on sports forums lol.