Has anyone gotten IBUS Asian input to work in KDE UI apps?

I installed ibus and ibus-hangul via pamac.

Then, I did all the tweaks in the Arch wiki under the ibus KDE tab

to .xprofile Then finally added

but to no effect.

The issue can be seen here

Any help with this would be appreciated.

I touched .xprofile only. This is my working setup:

Logout and log back in to see if this works.

Doesn’t work, I can type in Korean in dolphin and konsole but not in the start menu.

Did you mean typing hangul in the search bar like this?

(I don’t speak Korean so just a random typing) 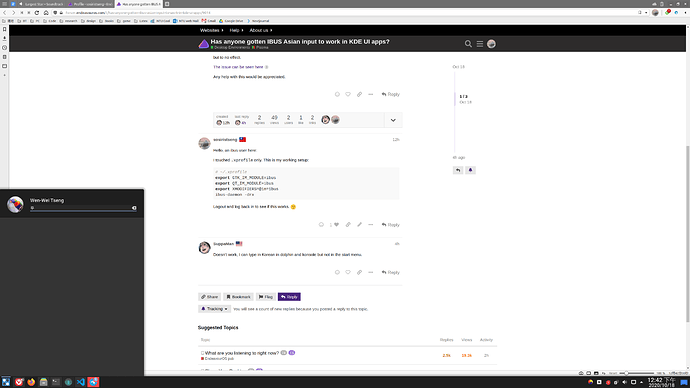 Yes. It does not work on my system