If you try the procedure I followed replacing:

This should do the trick.

@Moppel I had the exact same error due to my mistake while mounting the ESP.
grub-install: error: /boot/efi doesn’t look like an EFI partition.

Should we run the script again or just upgrade the package to 1.1 is enough?

Updating the package to 1.1 will fix the issue for future kernel installs.

If you want to fix it for currently installed kernels you can do so with:

I only one thing to say about this whole grub issue. There is so much different information in all of these posts one cannot follow anything. I’m very disillusioned right now with grub. It’s all fine and dandy i can get my system to boot by some of these methods but if you update grub anytime it’s just problem after problem. I don’t see any solution as fixing the issue i just see more confusion.

I only one thing to say about this whole grub issue. There is so much different information in all of these posts one cannot follow anything. I’m very disillusioned right now with grub. It’s all fine and dandy i can get my system to boot by some of these methods but if you update grub anytime it’s just problem after problem. I don’t see any solution as fixing the issue i just see more confusion.

Truly sad. It really shouldn’t be that complicated. I had no issues with re-installing grub to /dev/sda (on non-UEFI systems).

As of right now, the problem is still being investigated. Arch devs as well as @dalto (who’s been a legend during all of this btw), are discussing the issue via the bug report here: https://bugs.archlinux.org/task/75701

For a majority of users the solution @sradjoker has posted works here. That thread alone has seen over 4k views in only two days which just shows the gravity this grub issue has had. It is interesting to see whether this has affected more Arch or Arch-derivative users, but all things are still ongoing so it’s hard to say at the moment.

I fixed my own issue with method 2 since and everything has worked fine for me. But I am tempted to look into systemd-boot now as a possible alternative. I don’t want to knee-jerk anything on my system at the moment, so since everything is working, I’ll wait and see what the Arch devs and grub upstream determine. For now, just a wait and see!

Like i said it’s easy to fix it to boot but go ahead and update grub again and see what happens.

I think - as compared to Arch users - there’s a majority here running EnOS on UEFI systems who experience the issue.

As @dalto is doing all he can, answering one and every emerency-question in need for urgent help, the whole case may really need to end up being solved by the EnOS devs, as long as Arch does not consider it a bug, at least.

solved by the EnOS devs,

It is an upstream problem. The issue has nothing to do with EndeavourOS as a distro. This is a sit and wait event.

The issue has nothing to do with EndeavourOS as a distro.

Are you sure about this?

It really depends on what happens upstream with both grub and Arch.

If the grub team decides to consider this a bug, then it will likely get fixed or reverted, that will propagate to Arch and EOS and all will be well in the long-term.

If grub decides it isn’t a bug, then we will need to see what Arch decides to do about it.

If both grub and Arch decide to do nothing, then the EOS team will have to decide how we are going to handle it.

Unfortunately, we have to wait and see what happens before we can plot a firm course forward.

I’m on a laptop at work at the moment, so this issue is different from the one I mentioned on my other thread. I tried to update my system knowing that there was the sticky message on the forum. I updated and copypasted the command and received the output above.

The laptop is kinda old so no efi, is there another command I can use to prevent reboot failure?

Use ‘blkid’ to print the universally unique identifier for a device; this may

Unrelated whining: Man using a laptop when used to a desktop feels clumsy as hell.

is for UEFI boot mode. Your system boots on bios/mbr/legacy mode. That’s why:

grub-install: error: failed to get canonical path of `/boot/efi’.

If I have understood the recent Grub issue, only systems wit UEFI boot mode are affected.
So your’s should be fine.

At any rate, for reinstalling the bootloader in bios mode:

Replace X with the letter of the device. In your case that would be a.

Thank you very much for your help, I now realize it was a dumb question, I just got a bit paranoid with the issues that happened lately.

Thanks for making things clearer! 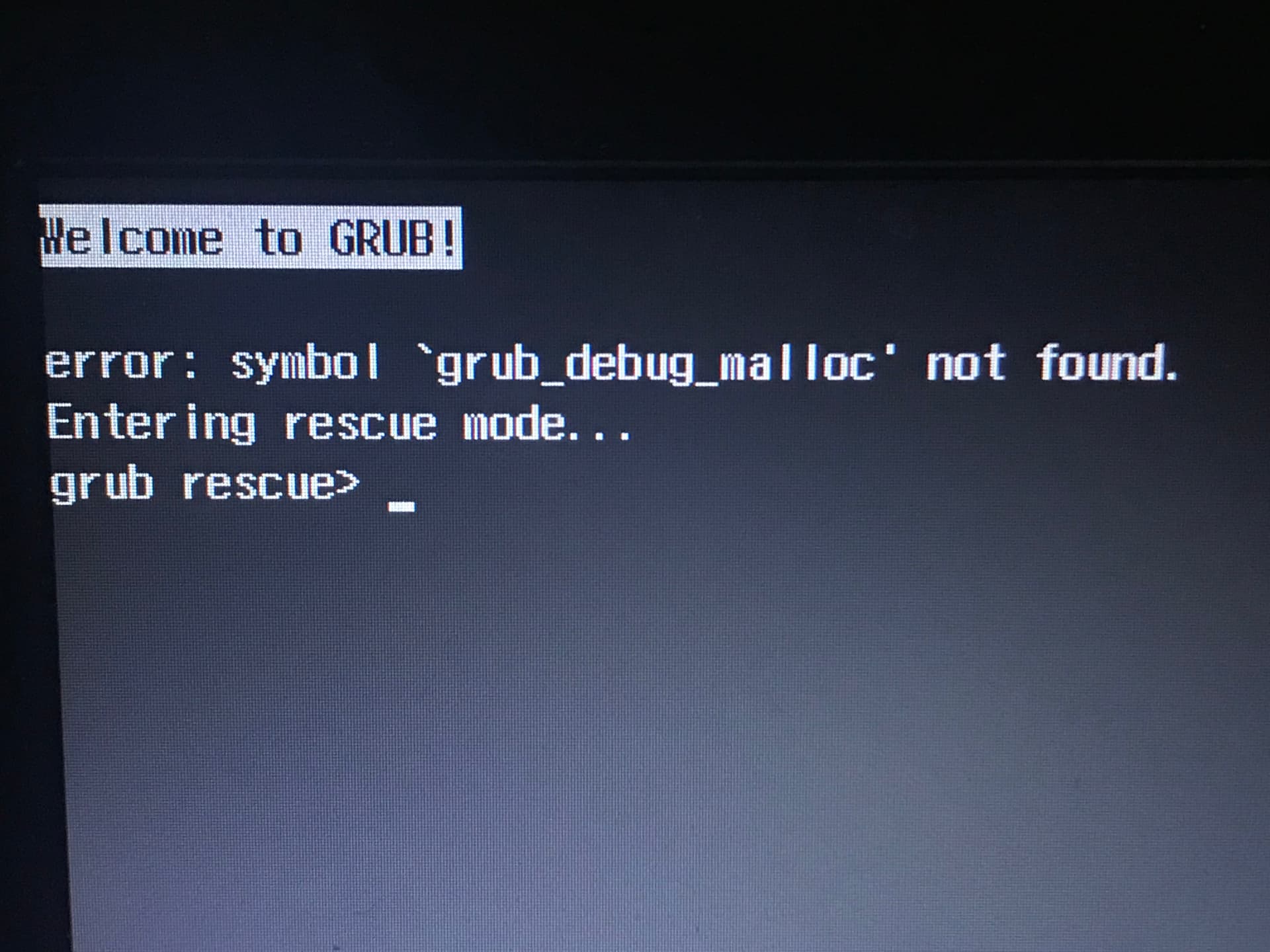 This usually means you need to manually set the correct EFI entry to boot from. Either by using efibootmgr or just going into your BIOS and picking the correct option in the boot section.