what are the things i need to do ? or install ?
some ppl said ufw.
i need a search software… maybe fsearch ? is that the best ?
got my vim installed.
vlc player is a must.
office software … which to use ? libre or open office ?
zip software already built in right ?
i need screen brightness controller + blue filter install. can’t take my notebook lcd…so bright that disturb me… even at the last notch of the brightness adjustment, it still disturb me … too bright.
i need my syncthing install and running… i got sync between hp and laptop for my notes…
clip grab is one thing i always needed.
inxi

i need also webdavs (https file server) client… but so far i found none on linux that is good to use as good as “webdav nav” that i hav on android phone.

which cmd and result should i share to you guys so that let you guy check on my partitioning and size before i get all those software installed ? if need to readjust partitioning size, it is now.

We’ll need someone to chime in because you want to readjust partitions and I have no idea about that.

For now, some recommendations.

ufw is a firewall program. If you want a grphical interface for this, then install gufw.

office software … which to use ? libre or open office ?

LibreOffice is indeed very popular, and gets the job done (people have different opinions about this software.) Open office is good too, although I personally stick with LibreOffice. On a different thread on this forum, a user suggested trying out OnlyOffice. It looks like MS Office, and is compatible with MS Office file extensions. If you want to give it a try, install onlyoffice-bin from AUR.
Try out the softwares, and see which one suits you. Thats the best way to choose

You can get those features in different applications. For bluelight filer, redshift is very popular.
after installing, run redshift -O 5000 to set screen temperature to 5000. Of course, you can change 5000 to whichever temperature you want. I like 5000. To disable redshift, run redshift -x

If you want a grphical interface for this, then install gufw .

I recommend firewalld instead of ufw and gufw . It’s actually easier

Is it better the gufw?

I had problems with kdeconnect and gufw didn’t solve it but firewalld did . The GUI is really good and reliable . More options than gufw but not confusing .

Very interesting, thanks for sharing.

firewall ? is that another firewall apart from gufw and ufw ?
i think i don’t get what you said.

oh… u use firewalld
never use that before. how is the sooftware ? user friendly ? powerful ? reliable ?

options than gufw but not confusing .

anybody know what is the best webdavs (https file server client) to use ? i need it. thunar is bad in webdavs… dolphin is better, but still not as good as the appl in my android phone - webdav nav.

For an office suite (I’m probably going to get burned for this), if you are accustomed to MS excel and some advanced features like Caculated Fields in Pivot Tables or Slicers you will be sol on any of the major office apps (Libre/Softmaker/Freeoffice/OpenOffice etc).

I have 2 solutions that I use, one I am not particularly fond of, is WPS Office and thats only because the company is a Chinese organization and security comes to my mind.

The other option is using Crossover and using your existing Office license and downloading the ISO from Microsoft. I have my 2016 instance running with little issue (I only really use it for my excel files).

Good call on the excel functionality. The security questions (EULA?) seem legit for WPS, but having installed it, it’s by far the best excel clone I’ve seen and I do a lot of work in excel. I’d have to dig in more on the macro side of things, but overall it’s nice.

For sure - WPS Office is nice - I haven’t found a single thing that it’s unable to do on the Office side, If you pay close attention, its basically MS Office just with a skin and some items moved around to make it look “different”. All said, its really well polished.

I asked Softmaker (which looks exactly like office) if they were planning to add Slicer and Calc Field support and it doesn’t look it will happen anytime soon.

I would have loved Libre for it, to be really FOSS but I keep hoping with each update. I just can’t understand why it hasn’t been implemented yet.

forget about chinese software. i have being avoiding chinese software including those in my phone (although i have to admit chinese software, some of them are the best around available … for free… like this ES file explorer for android, i hav being using it for months before i realize it is chinese software… especially file explorer and web server client, no other free ware is easier and powerful to use as it , which makes it dangerous) ever since… because as a christian, our christian members in china were being pursued in china, hence we got insider news of what’s going on in china many years before this. (that regime is going against God and mankind). so no no to chinese software for me.

there are also chinese programmers from ccp (china gov) in linux world… so i was a bit unease too. hopefully linux programmers are helping the community to keep watch from malice scripts posted by them.

i wonder why do you still using microsoft thru wine ? why not just use open office or such ?

have 2 solutions that I use, one I am not particularly fond of, is WPS Office and thats only because the company is a Chinese organization and security comes to my mind.

The other option is using Crossover and using your existing Office license and downloading the ISO from Microsoft. I have my 2016 instance running with little issue (I only really use it for my excel files).

who afford to throw money out but ccp of china ? i meant they have a lot of money to make stuff benefit to them. even WHO works for ccp benefit… no one will believe it if not for all those free righteous press out there…
the reason why ccp is that “capable” of is because they make the whole country system works for them. we are dealing here with a country power instead of company and personal effort.

good… no body tell me that when i was using it. lol. but it is powerful to use, included webdavs client as well.

I have 2 solutions that I use, one I am not particularly fond of, is WPS Office and thats only because the company is a Chinese organization and security comes to my mind.

No more a security risk as the USA/UK all governments are at it, its big money.

Yeah we banned PUBG and TikTok too; and now half of India is like: 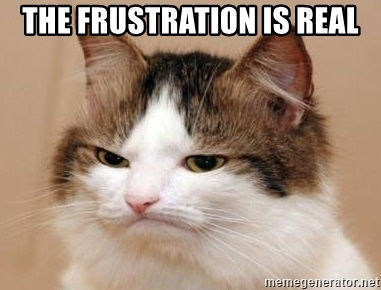 Edit: I used none of the banned apps

I didn’t use PUBG or TikTok .So no problem

PUBG is also owned by the CCP?

what is pubg ? tiktok ? it is a waste of time showing off app. never want to use it.
nah…i googled pubg… it is a fighting game… like “homeland” game… but that before to china… tencent