For those of you who are interested, gnome 3.38 got released today:

Why, why oh WHY they use that annoying generic soul-sucking stock music?!?!?!?

and claps, claps!!!
They create unity for humans, are they not???
Robots and infinite focus groups of neuro-marketing told us so…

Why, why oh WHY they use that annoying generic soul-sucking stock music?!?!?!? 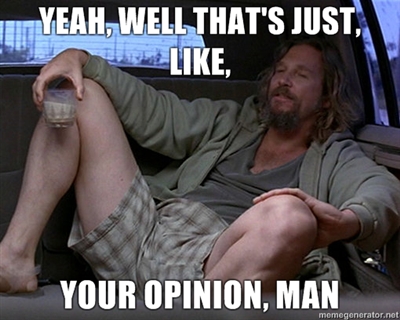 I don’t find it that bad. And i always like Karen’s voice (i think that’s her name)

Voice i don’t mid of course, but that music just…
Turns off all life from me

Unsure why it took this long to realize that going to Power Off/Log Out and then having a button for restart was pretty annoying, but happy to see that they have corrected that

Also happy to see the GNOME welcome mini-tutorial for new users. Especially since GNOME is trying to do something much different than your standard windows clone type workflow (Not to denigrate things like Plasma and whatnot of course) a little bit of user training from the beginning might make people more comfortable.

I think one of the things missing from the Desktop Linux experience is a little basic hand holding for new users to help ease them in. Experienced users can just close it, but it’s a hell of a lot friendlier to have there than just be dumped to a desktop with no icons and no real indicator of what it is you’re supposed to click on to make it go

The GNOME desktop environment is chaning its versioning scheme and development cycle. starting with the next major release, which will be GNOME 40.

This is why magazines always had the next month’s date on them so people thought they were newer than other ones.

This is why I urge the next EnOS release to be version 2050. That means it’s 30 years ahead of other distros.

And here is some bad news…

But…wasn’t one of the most recently announced GNOME initiatives for version 40 a strong effort to stabilize and document the extensions eco-system to reduce the amount of breakage between GNOME versions? (Indeed it is, as the article mentions at the end)

That’s like saying you’re going to stop planting cabbage because you can’t predict that anyone is going to eat it after they announce the coleslaw is the #1 food trend coming up next year.

You obviously did not read what you posted
The “positive” news for existing users of Arc Menu — that group includes me — is that development on Arc Menu is not stopping — at least not ‘for the foreseeable;e future’.

Before posting FUD read all the article 1st not just the misleading headlines.

The amount of broken plug-ins I encountered while upgrading is what made me quit using Gnome…
That, and the fact that I realized that it’s just plain stupid to install a whole bunch of plugin’s to end with something that looks like KDE, instead of just installing KDE in the first place

I read it through. Maybe I exaggerated a little bit.

Two things that are important for the future:

As harsh as it is, Gnome has absolutely zero obligation to ensure third party extensions can work. It is all up to the maintainers of those extensions.

you’re absolutely right. Nevertheless, i like this initiative, also linked in that arc menu article:

even though i myself am not using many extensions

, no arc menu on my desktop for example…

Does anyone know what the timeline is for the Gnome 3.38 to get into repos? I just enabled gnome-unstable to check. It is not even there.