Multiple posts on reddit has turned into a dicey, war zone arguing over what pedophilia is. Please think before you type and keep it civil. 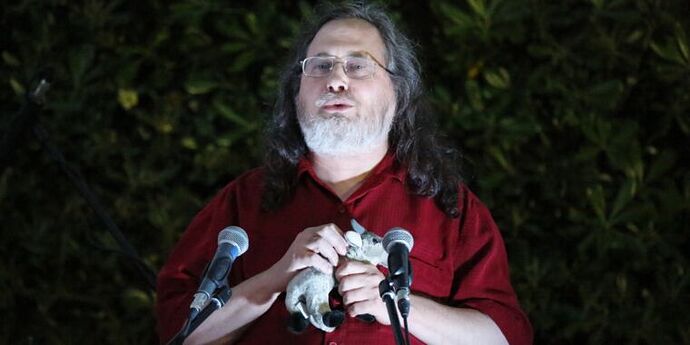 Open letter signed by hundreds: RMS "has no place" in free software community.

Letter signers include Neil McGovern, GNOME Foundation executive director and former Debian Project Leader; Deb Nicholson, general manager of the Open Source Initiative; Matthew Garrett, a former member of the FSF board of directors; seven of the eight members of the X.org Foundation board of directors; Elana Hashman of the Debian Technical Committee, Open Source Initiative, and Kubernetes project; Molly de Blanc of the Debian Project and GNOME Foundation; and more than 300 others.

The letter said all members of the FSF board should be removed because they “have enabled and empowered RMS for years. They demonstrate this again by permitting him to rejoin the FSF Board. It is time for RMS to step back from the free software, tech ethics, digital rights, and tech communities, for he cannot provide the leadership we need.” The letter also called for Stallman to be removed from his position leading the GNU Project.

“RMS has a history of mistreating women and making them feel uncomfortable, unsafe, and unwelcome,” the page also said, while linking to a summary of allegations.

A lengthy summary of events that lead to Stallman’s resignation.

TLDR of Stallman’s past that lead to his resignation; Stallman objected to the use of the word “assaulting” and called it “morally absurd to define ‘rape’ in a way that depends on minor details such as which country it was in or whether the victim was 18 years old or 17.” during the Epstein sex traficking incident.

Many people started to look into Stallman’s past writings over the following days to find what were considered troubling statements related to underage sex and laws relating to child pornography from 2013 and earlier.

Some examples of these earlier remarks.

The nominee is quoted as saying that if the choice of a sexual partner were protected by the Constitution, “prostitution, adultery, necrophilia, bestiality, possession of child pornography, and even incest and pedophilia” also would be. He is probably mistaken, legally–but that is unfortunate. All of these acts should be legal as long as no one is coerced. They are illegal only because of prejudice and narrowmindedness.

On September 14, Stallman acknowledged that since the time of his past writings, he had learned that there were problems with underage sex. 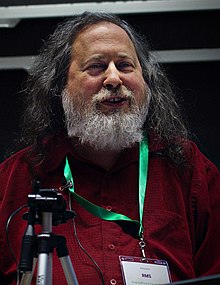 Richard Matthew Stallman (/ˈstɑːlmən/; born March 16, 1953), also known by his initials, rms, is an American free software movement activist and programmer. He campaigns for software to be distributed in a manner such that its users receive the freedoms to use, study, distribute, and modify that software. Software that ensures these freedoms is termed free software. Stallman launched the GNU Project, founded the Free Software Foundation, developed the GNU Compiler Collection and GNU Emacs, and...

Linux will never have a year of the desktop as long as it provides a haven for perverts and rapists. That we can be sure of. No one cares about your software if they can’t trust you not to harm others.

Hmm…I think this pretty clearly is in conflict with one of the forum rules:

Avoid polarizing content. We have a diverse member base spanning many geographies and cultures so please do not post content related to politics, religion or other controversial subjects.