Everybody is being tracked not only by the Chinese

In the past Deepin has had some press about China using Deepin to track user information and use it to hack. Was that ever the case?"

The short answer is no, there has never been any evidence to support this idea.

The longer answer is that virtually every operating system does something to leak data. Whether it’s checking repositories for updates, sending search strings to on-line search engines, submitting hardware profiles, most web browsers identify their OS and can be fingerprinted, etc.

One person, for example, once claimed deepin’s software manager had machine-specific information that could be used to track the user. However, this was basically due to the nature of queries being sent and does not appear to have been an effort to track users. In the past I think deepin shipped with Chrome which defaults to sending telemetry to Google, though they’ve switched default browsers now.

Neither of these is really specific to deepin (versus other Linux distributions) and none of it appears to be connected to the Chinese government. Unless someone comes up with some source code which shows unusual tracking features (beyond what other distros include) I’d say such claims are baseless.

I don’t get what the big deal is. Proven or not, to me it always looked like tracking from any other regular app, you are already likely giving permissions to, on your phone. If you’re not comfortable with that, just use something else.

By far the biggest privacy offender is the US, from private companies to government agencies. Not sure why people trust them more than China. Both track you everywhere, both are equally susceptible to data leaks, both sell your data to the highest bidder.

It’s good to be cautious and minimize what the internet knows about you and your habits. But if you go above and beyond, at some point you’ll be giving up a lot of convenience for little privacy.

The system needs to change and catch up to the modern world.

I have read that with the addons one uses that can be an identifier to some extent , browser + addons + Distro , would not surprise me
inc using DDG wouldnt all the above , that be an identifier if they wanted to ?
let them be honest about it na they would never do that better to invade your life and sell you off, only way not to be tracked is to never ever ever go online , never use credit cards , use a dumb phone (ayy got that ) its a fact of modern life ,
I dont know how anyone can escape the grip of tracking. 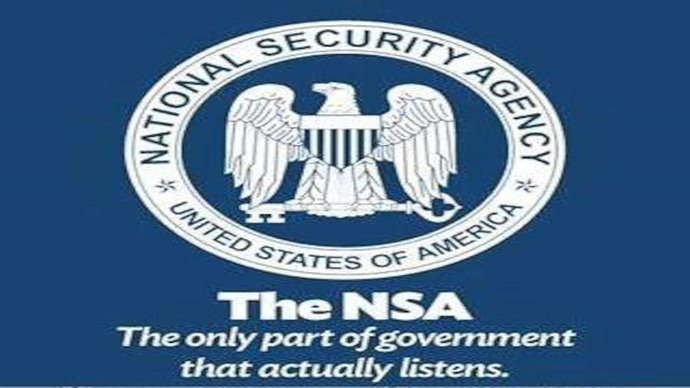 Browser fingerprinting is hard to get away from. Almost impossible!

Google, Facebook are good at using it! Does not matter if you have a VPN. They know who you are anyway!

I block ads and trackers at Layer 3 level. Network! But I also have adblock in the browser together with HTTPS Everywhere. The router also runs DoT (DNS over TLS).

adblock in the browser together with HTTPS Everywhere. The router also runs DoT (DNS over TLS)

any links or information will be appreciated
if you got any
Thanks
oops dont matter right clicked search DDG for Layer 3 level , time to go and read …Layer 3 level um…
Thanks for the tip

Try to remove as many 3rd-party frames as you can as well. 3rd-party cookies too. Lots of shit there!

Even if it is not possible to stop everything, you can do a lot to reduce online tracking!

I would say one thing, to avoid being tracked, turn of your computer.

Do not think it should be necessary to go that far. But it is starting to get difficult today unfortunately. Everyone wants to sell your data.

Yes, but using DOH, or DOT, won’t help, you are just changing your point of trust from your ISP to another point.
The same goes for VPN, do you trust your VPN more than your ISP?
Take PIA VPN for an example, Kape Company bought PIA, do you know what they did in the past with their APP and data?
I would say that regarding browser fingerprint, even Brave browser is not perfect, if you check you will see that they every time you access a website, Brave gives you a random fingerprint, however the local time and browser language, codecs available, screen resolution and things like that don’t change.
Nowadays I would say that more you are trying to hide yourself, more you are drawing attention to yourself.

I know, I do not trust anyone! But I try to stop as much as I can. And I will do it until the day I die!

A lot of Linux users do all they can to be invisible only the opposite is the result caused by the tactics used with browser addons etc etc.
and just the fact that using any Linux distro makes your identity online stand out from all the sheep Windoze users ( not as an insult to the people who use Windoze ), just there is so many of them compared to Linux users then trim it down to location , and there you are Linux user .
Less than 10% is that right … easy to track.

Yeap, but I don’t use Linux to hide or for privacy. I stopped trying to do that a long time ago.
I use because I really don’t like Windows hehe, and I love the open source idea…

Privacy is a very individual choice and we all have a different point where tracking becomes concerning or intrusive. So far, we are having a positive conversation but since privacy is a topic that many people are very passionate about and the moderators often have to intervene in topics related to privacy concerns, I would ask everyone to stick to some ground rules here:

In summary, be nice and treat each other with respect and all will be well.

If you do not have an adblock, you stand out too! I do not think anyone I know does not have one in their browser. So the new norm is adblock! For me it is not to stop fingerprinting (it is not possible today). I want to remove 3parts tracking. I can do that with adblock on layer 3 and adblock in the browser. I’m not trying to be a ghost, but to stop crap on websites. For example, Facebook like button. It is a web page in itself.

In addition to my previous comment, I’m not saying that VPN is useless… I personally use to watch more Netflix movies hehe

I would say one thing, to avoid being tracked, turn of your computer.

I struggle with the idea that if you can’t avoid being tracked 100% you should give up and not worry about tracking.

Yes, but using DOH, or DOT, won’t help, you are just changing your point of trust from your ISP to another point.

It can help if your DOH provider is more trustworthy than your ISP. In my case, I know that my ISP does heavy DNS tracking so I would prefer to take my risks with DOH. You can also send only portions of your traffic to different DOH providers if you want to get really elaborate.

The same goes for VPN, do you trust your VPN more than your ISP?

I agree with your point but in my case the answer is “yes”.

I would say that regarding browser fingerprint, even Brave browser is not perfect

I would say anyone who uses brave thinking they are protecting their privacy needs to take a deeper look at that product.

But to your point, yes, fingerprinting is very difficult to avoid. Our browsers leak too much information, most by necessity.

Also, regarding the DOT or DOH, people, not saying you, usually uses Google or Cloudflare.
I don’t trust Google and Cloudflare, but that is up to my decision, not saying that these companies are bad, and that you are making a bad decision, is just like you said, everybody has a different idea about this.

I would really hope that someone who is using DOH because they have privacy concerns isn’t using google.

That being said, you are probably right and many probably do.

Of course, there are other reasons to use DOH besides privacy concerns so in those cases using google may make more sense.