EOS i3 installed along side Vanilla Arch/Xfce?

Is it possible to install EOS i3 version alongside vanilla Arch/Xfce install on my 2nd pc? I want to mess around with i3 and get use to it and eventually use it on my main pc. Thanks!

I just installed i3 +KDE on a different partition. It works fine, once I log in.

I like how the EOS i3 version can be used out of the box, i would like to logout of Xfce & then re-login to EOS i3.

That’s exactly what I did.

You installed EOS i3 alongside vanilla Arch Xfce?

I installed it alongside KDE.

Did you do it via the console?

No. I did it as a new install.

Hmmm… so should i boot EOS iso then select i3 and it will install it alongside my Arch/Xfce install?

I did it in a new partition. so far i3 is working fine.

Why not install eos i3 first and then add xfce after?

Arch/Xfce is already installed, i just wanted to install it alongside so i could logout of Arch/Xfce into EOS i3. I guess i could re-install(EOS iso) then when i get to the DE selection in calamares i could select i3 & Xfce?

If you go the reinstall route, then yes, you would just select both xfce and i3 during the install. If you wanted to avoid reinstalling, you should be able to install i3 on top of what you already have, but I don’t know an easy way to pull in the default i3 settings that come with the i3 EOS installation. I would guess it’s possible, I just don’t know how to do it.

Perhaps have a look here: 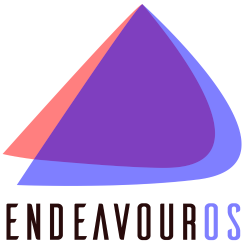 i3 EndeavourOS. Contribute to endeavouros-team/i3-EndeavourOS development by creating an account on GitHub.

You can install i3 when booted into xfce.

Haven’t decided yet, but I think im going to do a re-install and select Xfce/i3 on a new install. EOS i3 looks pretty good to go out of the box. Thanks!

Your choice. It does work installing on xfce. Then when you boot you can select either one. It should be the same if you do a fresh install like you are saying.

for later installs, if you have installed another DE on initial install from the ISO

Easy enough. Installed along side XFCE, and now I can have fun experimenting with i3wm.