EndeavourOS a dynamic force between individuals 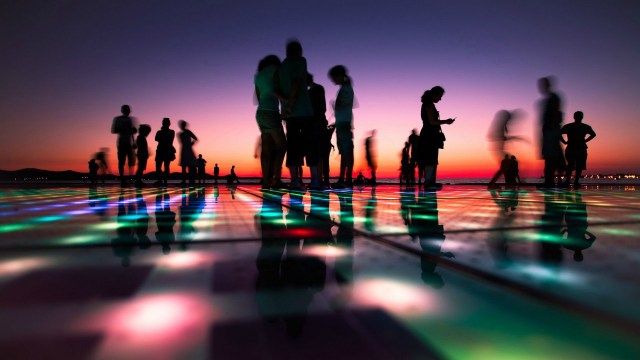 Recently I was at a dinner party and I had an interesting conversation with a man who moved recently to the city, as an expat and told me he didn’t know anyone in the country until recently. It amazed me how fast he made a network of people around him, simply by talking with them (like he did with me) and created or joined an app group (Whatsapp group) by category of interest. He even created a group-app with people he regularly meets from the local pub, to organize small gatherings outside the pub, like a movie night or going bowling or something else.

He told me with a certain fire in his eyes, how he loves how easy it is these days to organize such events with people you normally wouldn’t let in your life this easily, certainly when your living in a strange city.

He showed me the different groups he joined, from fitness group to a cooking club each and every community has its own dynamic. This guy has certainly no excuse to feel bored and all alone at home.

As a single guy in a new city, his phone is his gateway to his social life and the different group apps give him access to a couple of real-life communities, where he feels at home and not alone anymore, simply by being active in these community groups.

Now you must think: ‘Oh, Bryan what a cute and heartwarming story, but what are you trying to tell me?’

Well when I installed Antergos on my laptop and registered on the forum, I thought I would use the forum for troubleshooting and nothing more. Back then I thought that most community members were hiding behind a forum name to prey on newbies to catch them and shame them on their mistakes they made, without reveilling their own identities.

Two weeks after install, there was a notification on the forum that a certain update needed manual intervention and it had a link to the Arch wiki. Of course I couldn’t do it, because the command I typed in the terminal showed an error. So I gathered all my courage and posted my question, because I heard how Arch users can behave. Very quickly two forum members reassured me that my question wasn’t stupid and that I had to type sudo nano, before I could type in that command.

At that time I thought I was lucky that I encountered such friendly members and their forum names looked like actual names, so they were certainly not hiding. Very quickly I discovered that everybody on the forum was that friendly and I felt at home in this digital space, where individuals from all around the world were creating a warm and unique dynamic in a space that had no walls and a floor with a roof on it.

If you had told me then, that three years later, I would be preserving that same community by creating a distro with these guys named Fernandomaroto and Joekamprad who gave me their first helping hand, I would have laughed in your face.

EndeavourOS is powered by you, the community, and that evidence is all around us. Members like Blinky, Uncle Mez and Keith have created wonderful wallpapers and the latter even figured out, together with other members, how to create the logo for Screenfetch and Neofetch.

Other members like 2000 who created a tutorial for encryption and there are so many more contributions that I probably forgot to mention.

As you know, at this moment, we are concentrating on the net-installer and improving the website and the wiki. If you want to contribute to the project by creating wallpapers, scripts and manuals to enhance the experience of EndeavourOS, feel free to do so. We are open for such initiatives and as the great community we already are, help your fellow member in realizing such projects, no matter where, what or how the idea is coming from. In the end it benefits the total experience of the entire community.

In a way, I feel exactly like my new friend I’ve mentioned earlier. We are all individuals who are creating a dynamic and unique atmosphere by contributing and being active in this community called EndeavourOS and this causes sparks of energy through my entire body and mind.

Don’t be shy to work out a plan, if you have one and try to be supportive to those who are trying. Because it isn’t easy to create a project like this and receiving support in any form works like fuel to ones mind.