Snowflake is a system to defeat internet censorship. People who are censored can use Snowflake to access the internet. Their connection goes through Snowflake proxies, which are run by volunteers. 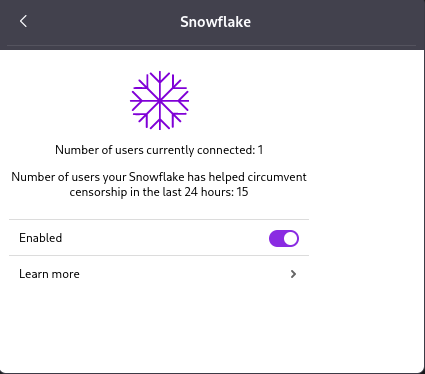 6 Likes
Without much effort: Allow users in countries that censor the Internet to connect to the Tor network. Just install #Snowflake as a browser add-on
keybreak February 28, 2022, 9:43am #2

Unfortunately it’s not as effective (in places like China and Russia where TOR is “blocked”), unlike other types of bridges, in case of hardcore blockade best are:

Right. But this is a “minimum” that a browser user can run in their own browsers as sort of a “bridge”. Something better than nothing.

I don’t know if it is better than nothing really, since it can be completely blocked that easily.
Kinda puzzled about whole tech existence, maybe they’ll make it more effective later

I don’t know if it is better than nothing really, since it can be completely blocked that easily.

Snowflake is a pluggable transport available in Tor Browser to defeat internet censorship. Like a Tor bridge, a user can access the open internet when even regular Tor connections are censored. To use Snowflake is as easy as to switch to a new bridge configuration in Tor Browser.

Snowflake uses the highly effective domain fronting technique to make a connection to one of the thousands of snowflake proxies run by volunteers. These proxies are lightweight, ephemeral, and easy to run, allowing us to scale Snowflake more easily than previous techniques.

For censored users, if your Snowflake proxy gets blocked, the broker will find a new proxy for you, automatically.

Judging by the number of people that got connected through the Snowflake addon, it seems to help at least some users. To me that is better than nothing.

Domain fronting is a censorship circumvention technique which masks the site you are connecting to. From the perspective of a censor, it appears like you are connecting to a major service which would be costly for a censor to block, like Microsoft or Google. However, it does not make you anonymous, or completely hide your destination like Tor Browser does. Fore more information see this blogpost about domain fronting.

For now that’s self-defeating argument. At least for now, i think there is no country in the world which “blocks” TOR and doesn’t have resources or care to also block M$ or Goolag even by accident.

Perhaps, the purpose is not as much to protect anonymity as to provide access to the Internet.

Yet again, judging by the number of the people who, for one or other reason, have chosen to connect to Internet via a Snowflake in their TOR browser, is a good enough argument for me to advocate for running it.

I’m not saying it’s bad or anything, don’t get me wrong.
I think that amount of users indicate just general interest in tech potential (maybe for future, we can’t know for certain)

Now it’s just not effective, in my mind if you really want to help those in need it’s far better and effective to:

Sure it’s technically way harder, but it will actually help those in real need.
It would be really cool if one day they could make Snowflake as effective, coz that would be super-easy for casual users to help out.

Yeah. But for now I am rather content to bring my little Snowflake into the air.
Perhaps some time in the future, I might be considering to step up and run something more effective.
The fact that TOR project develops and makes accessible the technique must indicate at least it fulfills some need. Otherwise why do it?
For now, the little I can do, to me at least, is better than nothing and hope that it might in some cases be of help to someone. 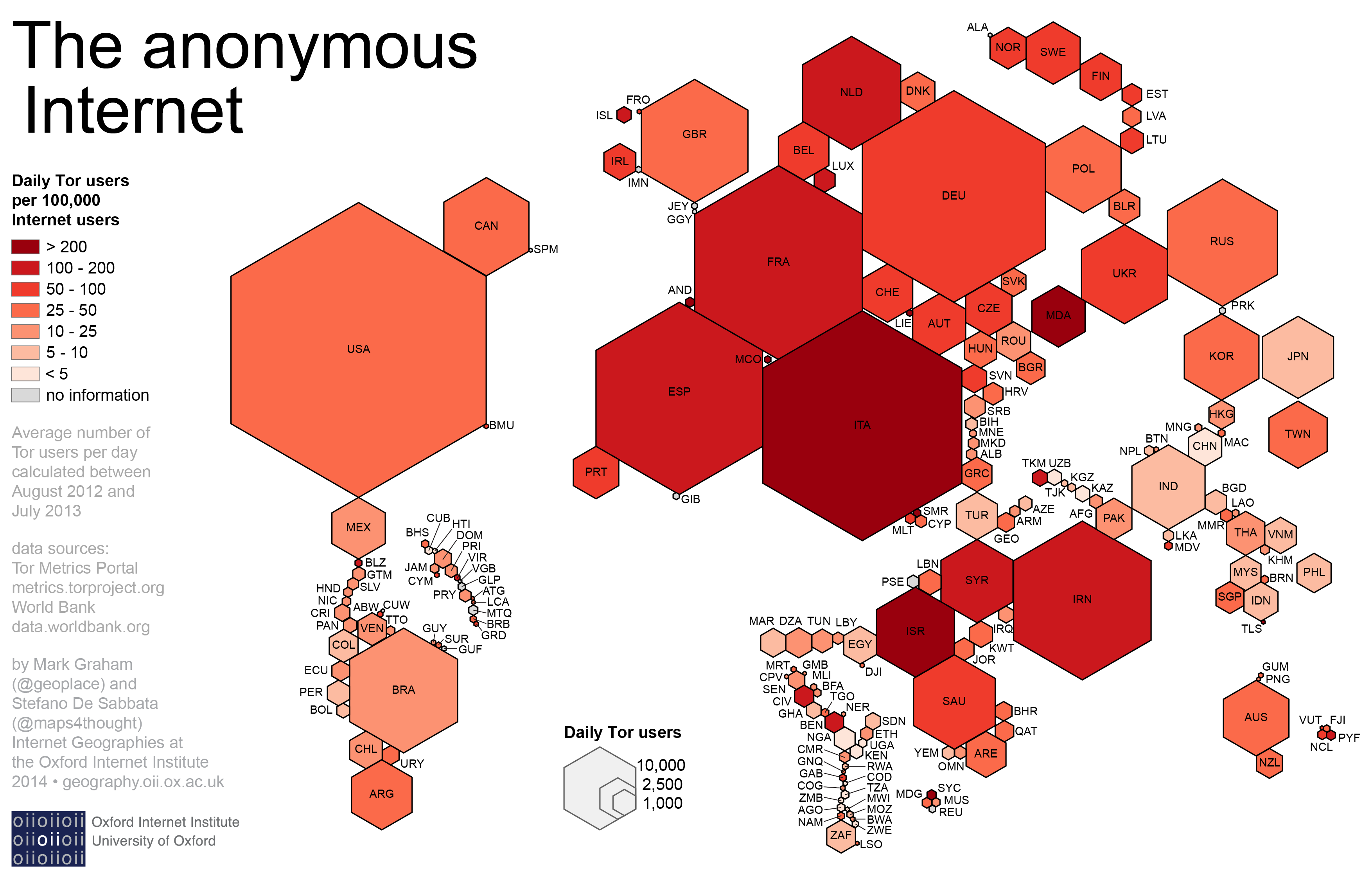 Snowflakes melt … then you lose the connection. But they do land anonymously all over the place.

Since last time i’ve stated my verdict here - Snowflake technology have clearly changed in around couple of last months.

I have heard many very positive reports where previously it had little to no effect, from most censored places (China, Russia, Iran), where government uses DPI hardware to block Tor + bridges…Looks like now Snowflake finally works for all and can not be effectively blocked (well it’s never ending race really, but for now it works and works fast).

Some people report it takes some time to get initial connection to bridge though, so users of Snowflake bridge should be a bit patient.

Now it definitely makes sense, i personally have started to run Snowflake proxy in my browser to help people in distress, and encourage everyone who wish to break censorship to do the same.

Will that have negative impact on my internet speed or stability?

Only speed and it depends how much (well if your ISP channel is low speed in the first place of course it will affect more seriously), you can try to install it and monitor traffic to see exactly how much it will affect speed for your case.

At least for my 500 Mbit/s it’s almost unnoticeable

P.S. You also have a murder case to solve first though…

Ah I see. I have 100 Mbit/s connection. Would be noticeable a bit more for me, but should still be okay.

Btw the murder case was solved. You aren’t up to date :))