In btrfs-assistant i don’t usually keep backups of a restore. Is there supposed to be one there that is permanent? I tried deleting it and it won’t let me.

I have these 3 entries and i don’t think these should be there as i did a restore to an earlier point before messing with distrobox and docker and podman.

So i was trying to delete the @backup shown in the image and i wasn’t sure if this is actually the subvolume that it saves the backups to? Also how do i get rid of the 3 entries as i’m not sure where they are but looks like this is the backup that had them? 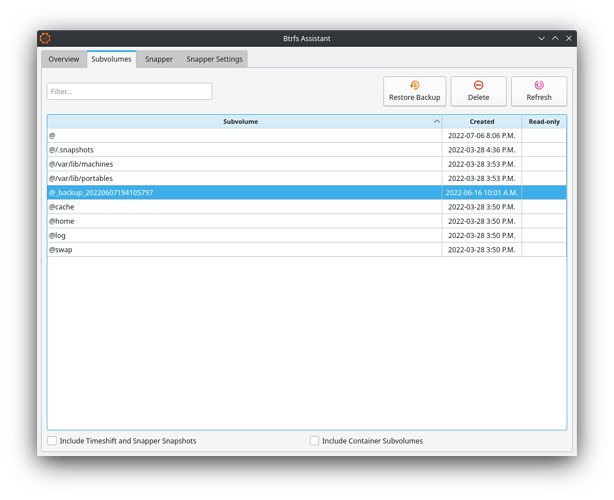 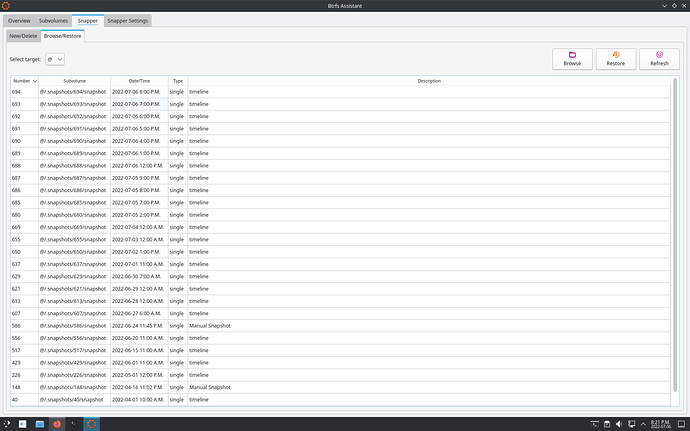 Check the box below that reads “Include container subvolumes”

I never had this problem before? Hmm… Which boxes are you referring to?

Edit: Okay i see at the bottom right but i have never done this before and i have deleted them lots of times?

Which boxes are you referring to? 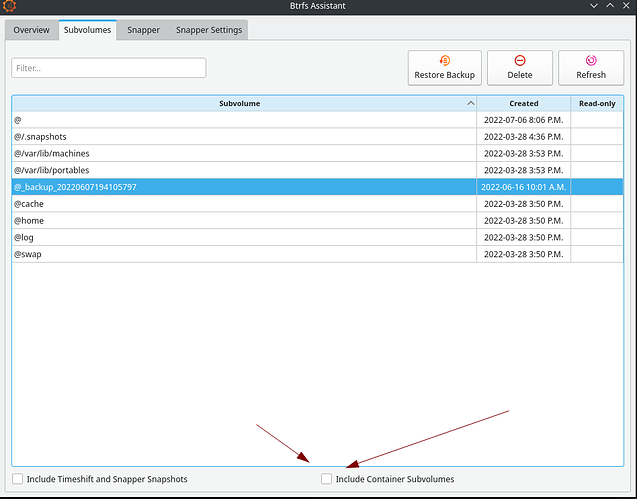 Still get the same error.

Can I see the new screen shot from the subvolumes tab. 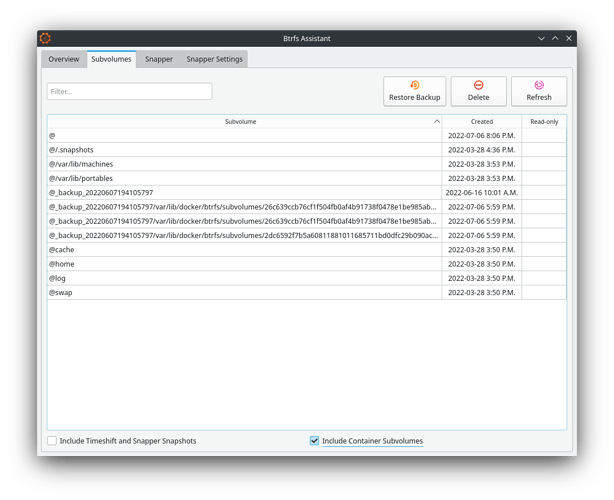 sigh I need to see the screenshot with “Include container subvolumes” checked.

The thing is the files and folder i don’t think exist as i restored to an earlier point?

Edit: Image is in the above post i edited.

You still haven’t deleted or moved those children subvolumes. They are inside your backup somehow. If you need them, mount the partition root and move them into the @ subvolume. If you don’t need them, just delete them.

That’s what i want to do is delete them but i don’t know how to do it?

I’m not sure where you mean?

Edit: Okay i did that but will i be able to delete the backup now?

Okay i did that but will i be able to delete the backup now?

If you delete those, you should be able to delete the backup now.