Cryptocurrency is not a crime

LBRY, THE SEC, & THE FUTURE OF CRYPTO

The SEC doesn’t understand blockchain. The claims made in SEC vs. LBRY would destroy the United States cryptocurrency industry. 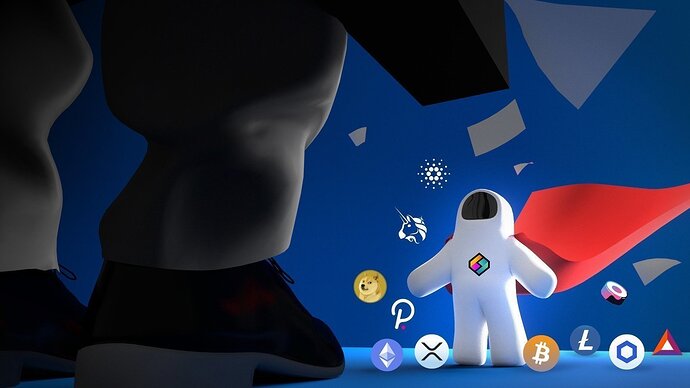 Cryptocurrency is NOT a crime

Of course it is another matter if you hijack other people’s computers for mining.
That should definitely be a crime.

This doesn’t make any sense to me.

Under this new standard, almost any token is a security, including the previously safe Ethereum.

It’s probably just a linguistic barier on my side but what is the meaning of security and token in this context?
Secure token is good or bad?

What they want is basically:

I guess there’s no need to mention why and it’s definetly not the usual suspects: scary terrorists, drugs or “think about the children!!!”

. Why didn’t they said it in the first place.

It’s probably just a linguistic barier on my side but what is the meaning of security and token in this context?

In that context they are unrelated.

“token” refers to a cryptocurrency token.

“security” is referring to a financial security.

Well all financial transactions should be taxed.

this is a very controversial and politcal topic and i dont see what it has to do with linux.

I think that this is much more complicated issue than that completely one-sided article makes it out to be.

On the one hand, cryptocurrency is traded by many in the same way a security is traded so it does make sense that it should be similarly regulated.

On the other hand, regulation is the complete opposite of a distributed self-regulating network.

So…I suspect the regulators will continue to fight the blockchain companies for quite some time until some balance is established.

this is a very controversial and politcal topic

I am not sure that this is a highly controversial or political topic but if it becomes one we can certainly address it.

I mean it’s basic economics; if you have a secondary non-taxed economy that gets big enough, public services will not be able to function and so society collapses.
People who are against regulations and taxes tend to still take services those taxes pay for for granted, OR assume that everyone somehow can afford such services if they were priced at market value which of course isn’t true in the slightest.

Either way, the end result is that people who assume it’s their right to avoid taxation still think they have the right to access the common services and enjoy the protection of society.

People can post “facepalm” emojis all they want on my posts, but that doesn’t change the facts. Regulating and taxing the “pretend currencies” is a good thing.

On the one hand, cryptocurrency is traded by many in the same way a security is traded so it does make sense that it should be similarly regulated.

On the other hand, regulation is the complete opposite of a distributed self-regulating network.

Well, crypto can be taxed now if person / company wish so, and it’s done a lot this days for serious business purposes.

But it doesn’t mean it should be enforced, the idea is about as insane as mandatory tax for FOSS software or something

this is a very controversial and politcal topic and i dont see what it has to do with linux.

I don’t see it that way at all, unless you really want to make it so.
It is relevant to Linux / software / some platforms like LBRY

I understand what you are saying but this is what they are complaining about:

It feels like this is more about preservation of their business than anything else.

Oh, that’s for sure - the whole page is just about particular LBRY case and it is example of their own battle…

Which doesn’t make core subject irrelevant, considering SEC’s actions and petition link which is much more serious threat for crypto in general.

Sec just announced a lawsuit against LBRY for “selling unregistered securities.” SEC is classing LBRY’s LBC token as a “a security”, but by their definition, almost every crypto project would also be...

Unlimited money printing.
In the triangle, its against physics. It all moves from bottom to top.
Taxation is a loose ended term just like a liter of gas…it goes in, it gets “processed” and out goes the smoke.

It might not be a crime by itself, but what is it used for, that’s a shadier area…

it is a crime. delete my posts all you want. facts are facts. this board should not be a political action tool for criminals.

the entire thread should be deleted

To avoid taxation is to literally steal from the poor and give to the rich.