Do we have any City Pop addicts here?

I was posting about my City Pop journey on my personal blog, and thought I’ll post it here too. I’m simply listing down the songs, in no particular order. In this post, I’ve listed the tracks that most City Pop listeners try when they start out. In the next post (which won’t come out anytime soon, because I’m lazy), I’ll list some tracks that you have lesser chances of finding on your suggestion (unless you are very deep into the rabbit hole!)

You didn’t click on this video. All the choices you ever made led you here…

I won’t deny the fact. Back in July 2020, YouTube started showing me a suggestion video titled “Mariya Takeuchi Plastic Love”. On the thumbnail was a black and white picture of a Japanese lady. I tried to avoid tapping on that video. YouTube only became more agressive with its suggestion. No matter what king of video I watched, tech, art, EDM or whatever, the first suggestion had to be this song called Plastic Love. Finally, after 3 weeks of dodging the suggestion, I ended up watching the video. Thus I had my first touch with…

Plastic Love starts like a genuinely old song. There is said to be a 15 second rule on YouTube. If your video cannot hook the viewer in first 15 seconds, they will probably not watch rest of the video. Fortunately, the instruments soon turned to a groovy guitar melody and drums. The songs was from 1984, yet the drums felt quite modern. Is it City Pop? Sounded more like J-Pop. Even if it was a scam to lure innocent kids into City Pop, I’d say its a good thing

She starts singing, Totsuzen no kisu ya atsui manazashi de, and I know I have lost the battle. YouTube had finally reached the level where it could suggest songs that even I didn’t know I wanted to listen.

I soon discovered that I wasn’t the first person to have fallen into the trap. There were way too many people like me. That black and white photo has become the face of City Pop in some sorts. And talking about gateway drugs, there is another song that happens to have dragged many people in here

Stay With Me by Miki Matsubara. The song totally drags you into the emotion with no mercy.

Thanks to the fact that these two are often the songs with which people start their City Pop journey, there are many covers of these tracks.

Once you watch one of the above videos, YouTube directs a storm of City Pop videos on to your home feed. Old Coca Cola advertisements, mundane shots from Japan, some random Japanese lady on an outing - the visuals often have no actual relations with the songs themselves. Yet, some mental imagery has become synonymous with City Pop. Imagine yourself driving down the Tokyo roads in a Toyota, with City Pop tracks blasting from the speakers…. You cannot escape the imagery once you have fallen in the rabbit hole.

This was the first City Pop track to actually make me pause what I’m doing and take a moment to enjoy the imagery it built up in my head. The intro coupled with the album cover instantly dropped me in 80’s New York. The overflowing modernity from a song almost four decades old - I couldn’t resist.

Being surrounded by skyscrapers, seeing men with a businesslike look, cars going down the road. I could feel myself walking past the long gone World Trade Center and experiencing the aura - something eastern world only saw in pictures. No wonder this track could very well be counted as remains from the Twin Towers. (note that the only reference to WTC is the cover album!)

Judging by the title, the lyrics were supposed to elicit romance or something. Rather, they managed to give a different view of the fast paced dynamic life of a city as “modern” as New York(!?). (Don’t blame me; reading experiences, it seems like New York, and especially the Twin Towers were symbols of “modernity” and “urbanisation”)

The song starts with this line

Perfect setting for a track that (inadvertently?) is a connection with 80’s urban scenery. Its not like your usual tracks. Imagine, visiting a mall, and outside an eatery, you see your past love waiting for someone else. That’s what this song is!

There’s another one - Sweet Love.

There’s no way you can skip her when discussing City Pop. I’m In Love is a classic that will never die.

Midnight Pretenders is another of my favorites. 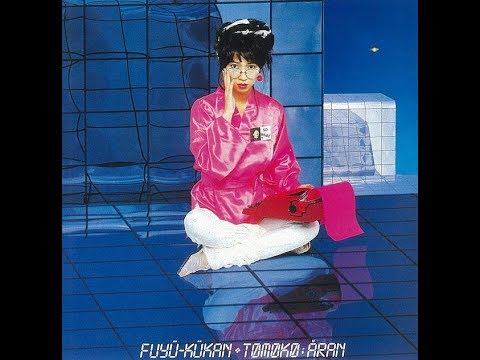 Again, you can talk about the album art. Why the hell does it look so cool? No idea.

Golden voice definitely! She’s an artist whose albums I can play start to end, without complains. Here are some

I was supposed to mention her in the next part. But Glass no Sogen is a must listen. How do you describe it? Angel voice? Heavenly Harp?

So, that was my first post; I’ll continue posting future parts (maybe 2 more) as replies to this thread.