Just got another update to chromium. maybe that fixes it for you?

My mirror didn’t receive that yet, will be testing as soon as it updates

Unfortunately I won’t be able to test anymore… I’ll be reinstalling everything from scratch, now using gnome+wayland

My new rig parts just arrived, I have been searching in the used market for a long time now, maybe 2 months, got a very good price and just couldn’t resist…

Found a buyer for my old parts (cpu, cpu-cooler h212 evo, ram, mobo and RAM) and got a pretty good money for it, advertised as a Kit Gamer, just one thing that I still need to sell is my GPU, but I know that I’ll sell it fast.

Now you’ll be on amdgpu…better install Plasma KDE on it as it we work fantastic!

Installed the hardware and Windows (will be using it for games).

What a big GPU, and the LEDs, my room now looks like a submarine movie hehehe, next step is learn how to shut these LEDs down… 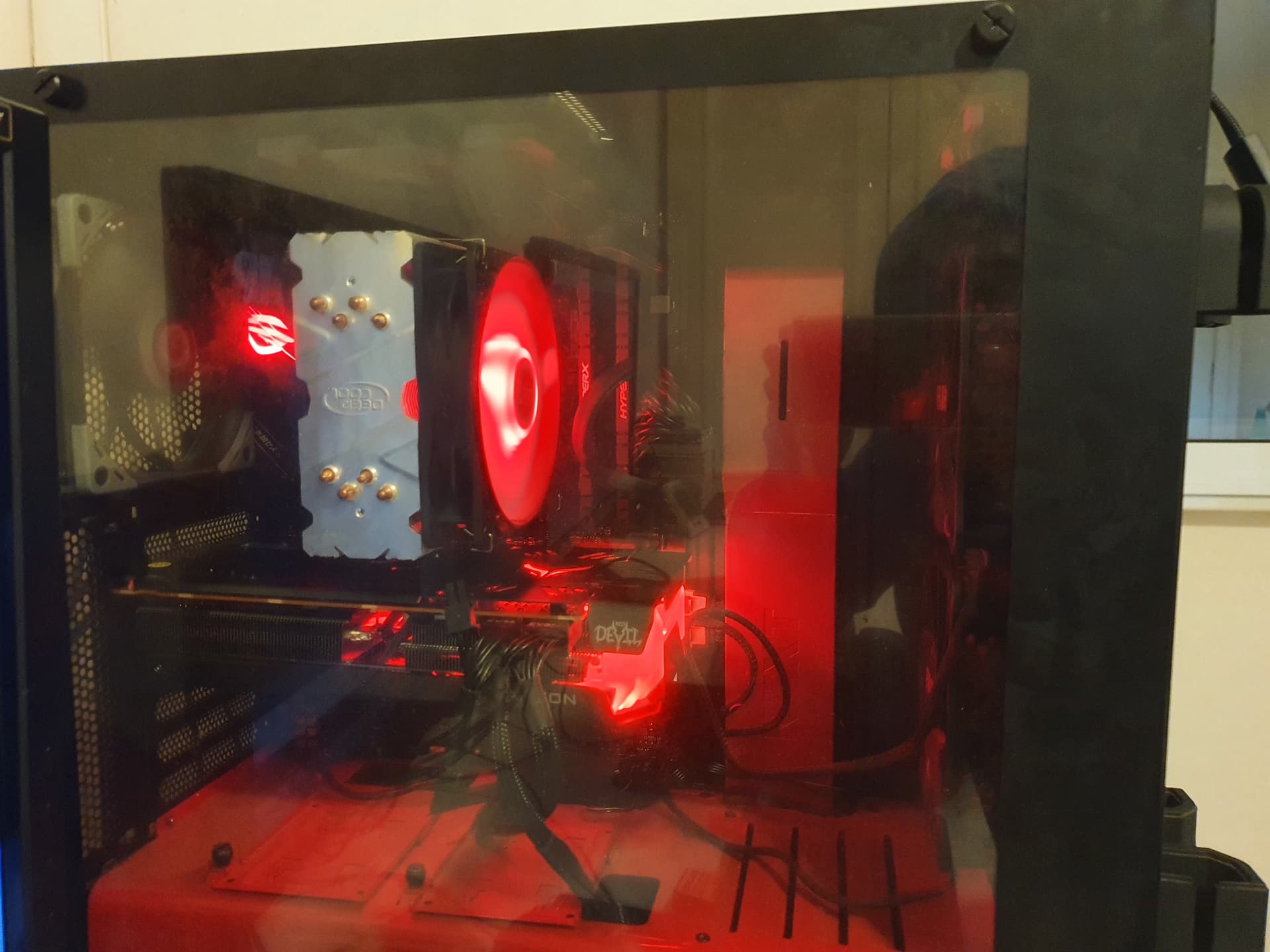 I tried Cinnamon and GNOME and the problem went away. It only seems to affect Xfce for me.

I use chromium and i don’t have the issue on KDE, Xfce or Cinnamon.

Confirmed, when minimized/maximized on Xfce the problem is still there.

I’m having this too

I’m having the same problem on Xubuntu (Xfce)

Yes, I have the same problem.

Does the same thing happen with and without “Use system titlebar and borders” ?

Just tried that - yes it still happens even when “Use system titlebar and borders” is ticked. Also, problem is not arch or endeavour specific - just booted up a live usb of MX Linux 21 and the problem is exactly the same on MX.

Hasn’t happened to me on 5 different desktops and 3 different machines.

Thats interesting. I wonder what the common denominator is that triggers this behavior ? I’m not new to linux but this is the first time I have come across this. But thank you for trying to reproduce it.

Just for information - all my machines are running intel integrated video, I have tried with the xf86-video-intel and modesetting drivers, no difference.

I have Ryzen on a few machines and Nvidia on another with Intel HD graphics but not using it, only the dedicated graphics.