Can I uninstall packages I don't need?

I am running the latest Endeavour with GNOME. I like it but I was wondering if I could uninstall some of the packages that I don’t need. Would that mess up my installation? I don’t want to do that. If not, I will live with the extra apps.
Thanks!

I’ve done it on Xfce. But it probably depends on what kind of package it is.

I won’t be uninstalling anything essential to the OS core. Stuff like music players, extra terminals, Google maps, etc. I don’t need Google maps on my desktop computer.

will show if there are other packages which are dependent on the one you want to remove. If none, then I guess it is safe to remove Package_Name.

Thanks @pebcak
I just found something. I wanted to remove cheese but it depends on gnome-control-center. Gotta let that one stay. Thanks for the tip. You saved my butt.

I do the same. I do not want anything unnecessary. EOS is pretty clean from the start, but has some unnecessary stuff in my opinion.

For example, I do not need screenfetch and neofetch. I choose the one I want and remove the other. Replaces media player for VLC. I do not need Irssi and so on.

I only have 825 packages. It’s with all the apps I need. I think it’s less than what comes from the beginning of Xfce? 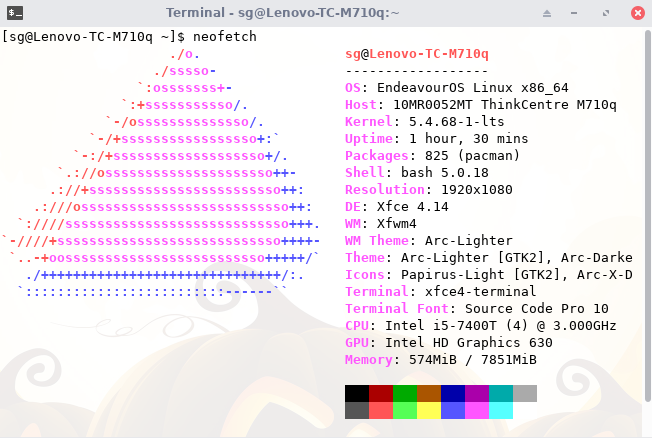 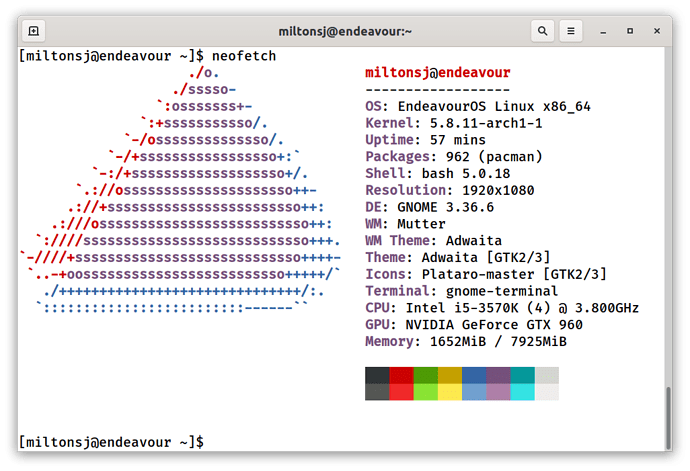 Yes, Endeavour runs nice and clean, but I go into the ‘base and other packages’ during install and e.g. choose either neofetch or screenfetch. Can remove e.g. drivers that not needed, any bits and pieces prefer to not install. Same in DE section and Printers sections. Great to have that option.

Yep, I installed the offline variant. Wanted to see what it looked like!

I was wondering if I could uninstall some of the packages that I don’t need.

Would that mess up my installation?

As long as “need” is defined as what is required by the system, then removing unnecessary packages can’t break the installation.

Just make sure you have a live installer environment prepared, then you can chroot back into the live system and trivially reinstall any package you removed which broke something major. Linux is generally pretty resilient to tinkering, and, to quote someone: “if it ain’t broke you ain’t tweaked it hard enough.”

Just wanna say thanks for all the helpful responses here. I appreciate all of you and I like this forum!

This was helpful for me. Thanks and God bless

If you’ve installed something and removed it later and it has left some dependencies not needed anymore, you could also run
pacman -Qtdq
the command lists unneeded packages. Then you can go through them and remove them one by one or use
sudo pacman -R $(pacman -Qtdq)
to remove them all.