First, thanks for continuing to make Arch easy for new users.

Now for my issue or rather a suggestion. Can we put up more logging about what and how Calamares is doing with my network during online install? atm i am stuck which just this screen:

for about 10-15 minutes while my networking monitor has been spiking at max speed. This is just using a base-devel+common package install and this took longer that i am to install base+base-devel+base-xfce4 on a vanilla arch installer. 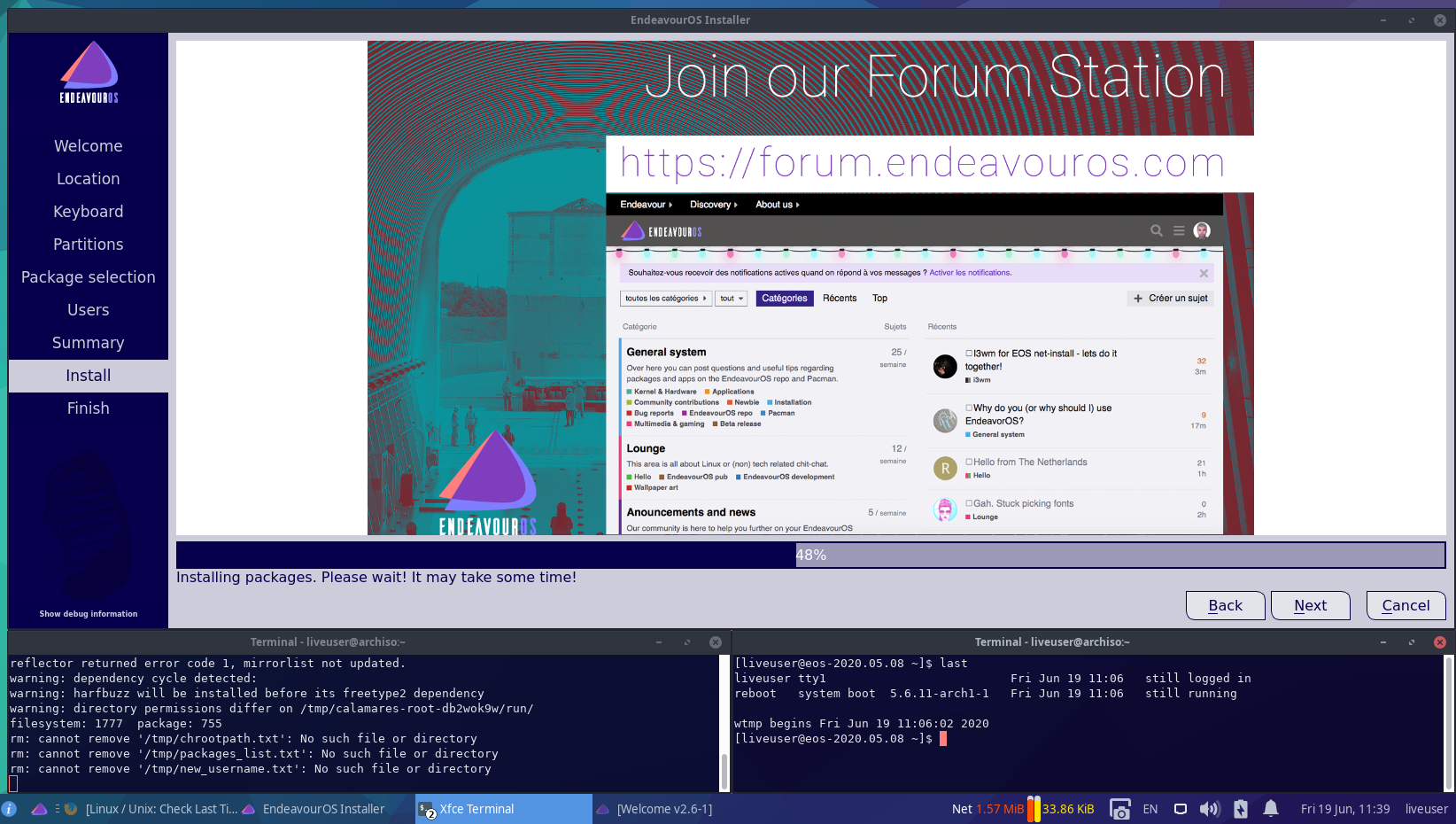 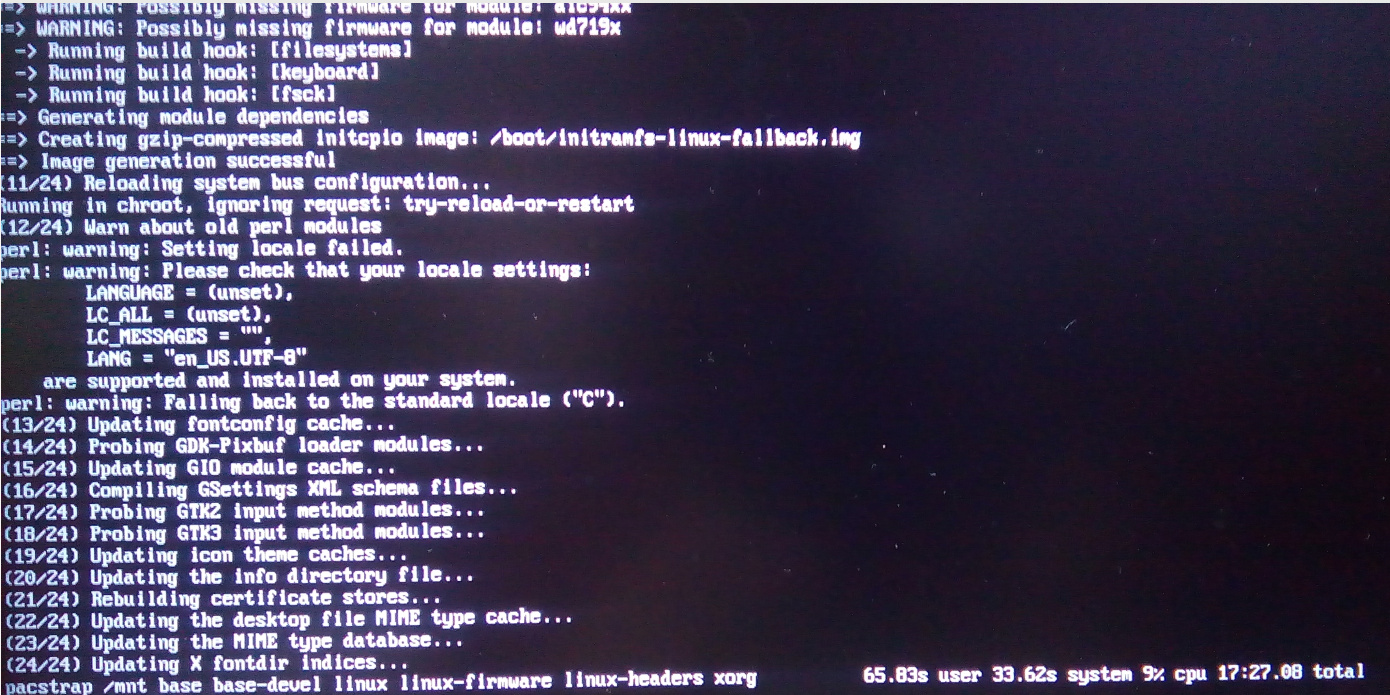 Calamares just released an update, we’re going to look into that one first.

after multiple retries, rebooting each time and doing the same procedure (manually generate mirrorlist before running installer in online mode), this seem to have inhereted the problems on Antergos where installs can or cant work (are you guys using the same mirrors for the endaevour packages?) it seems to have started running and installs stuff…

but, WOW!. 1 GB download so far and this is just suppose to be a base install. and its not done yet. 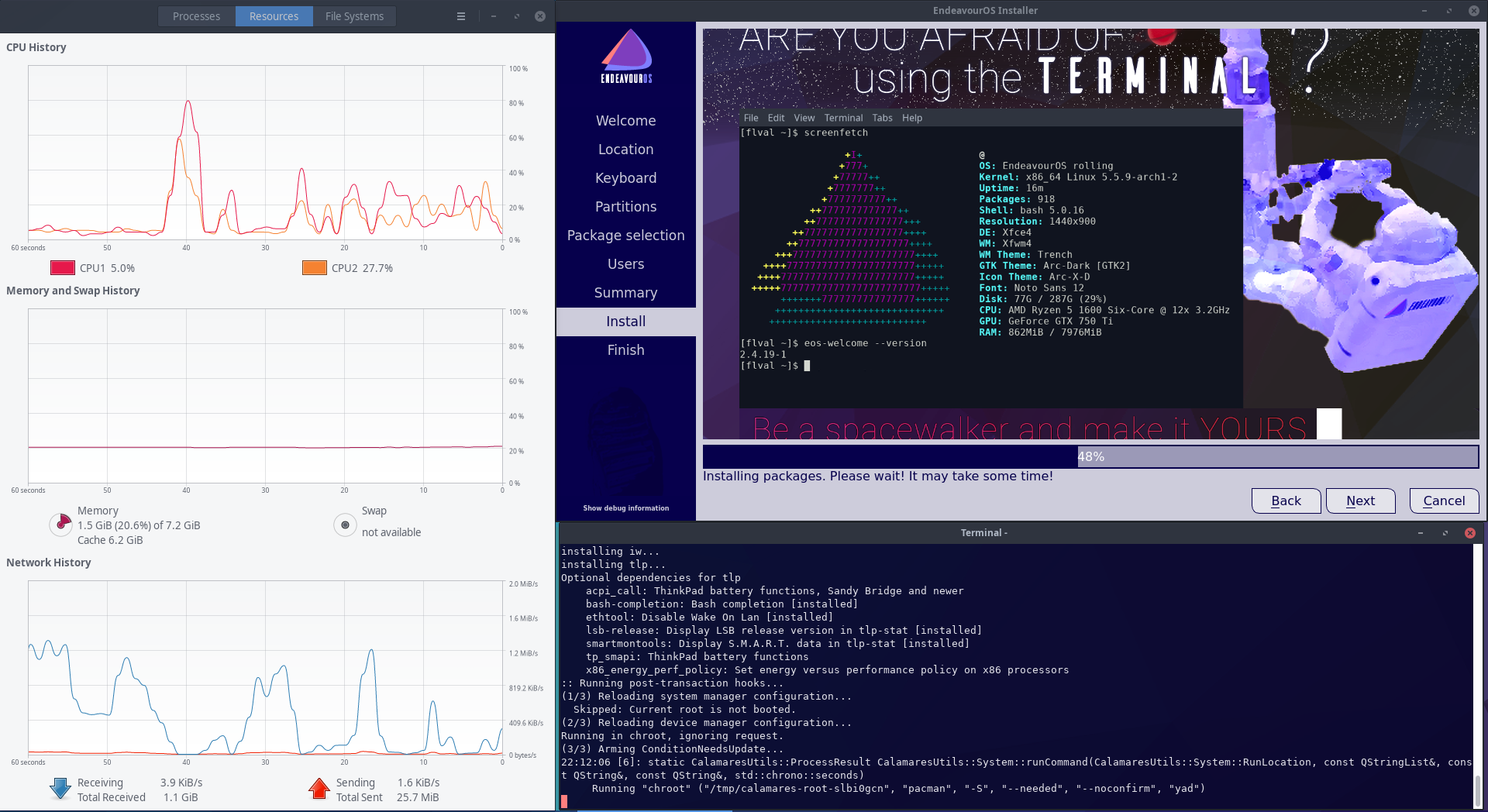 We’re not using any of the Antergos mirrors or packages, we couldn’t otherwise we would’ve taken over the brand name and the repos.
We use Github and our own mirrors, the thing at this moment is that the mirrorlist for our packages are coming from Germany and Sweden. The last few weeks Github had some connection issues, so it could be that this is causing havoc in your particular case. for the May release, we’ve already tackled some major network issues, but we’re starting to look into our next release, so we’ll see if we can figure out the issue.