The new cars are shipped with the subscription system built-in.
As in
“Look Joe, your bank bounced off the monthly payment, so until you pony up the cash, the car can’t be started and your doors stay unlocked. Hurry up or else”

Sound ridiculous, but let’s have the same conversation in let’s say, 5-6 years. Porche, BMW and others are in this already, prepare your wallets.
Cars as in SaaS system…more money flowing towards car manufacturer and you never get to fully own your car.

I am also looking to get a second car, Japanese petrol cars, Toyota, Honda or Mazda are my interest. But also, hybrid petroleum/GLP cars.
Electric?
My thoughts on electric cars. Everyone wants them, everyone are so convinced that electric is the future. It isn’t.

Hear me out. Let’s assume that 50% of any first world countries have electric cars. Without any electrical engineering knowledge, what will happen to the power grid during the peak hours, when everyone plugs their depleted cars to charge? Not counting all those house electrical appliances?
Reinforce a power grid who was planned, build and deployed without electric cars taken in account will be expensive, as in money, time resources and qualified workers.

As in Germany someone from a electrical company ran a simulation for supporting a hypothetical surge in electrical consumption.

The numbers floored even the cancelar…Reality and physics are real pain in the back
Wind and solar… Yes, but the power grid has a initial deployment cost. It will be a slow ROI, and not everyone is willing to invest and do it properly.

The future is hydrogen powered cars. Japan knows that so their already have launched some models and learn from their mistakes with those models. But I may be so wrong. I hope so, but math and physics just doesn’t care about whisful thinking.

Looking now I can’t find anything that’s an equivalent, and that makes me sad.

What do you think that Bitcoin has been preparing the world for?

The new cars are shipped with the subscription system built-in.
As in
“Look Joe, your bank bounced off the monthly payment, so until you pony up the cash, the car can’t be started and your doors stay unlocked. Hurry up or else

You mean one of these

Mazda probably thinks I live at the landfill by now. 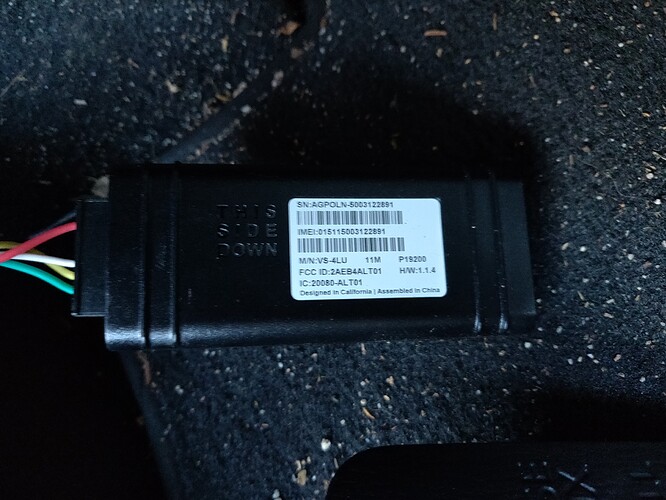 They don’t come from the manufacturer since all countries are different. They work off of cell phone service usually - so it’ll be a little black box with an IMEI number on it. Dealers are lazy, so it’s usually easy to access and right under the driver side plastic. There’s only maybe 5 wires and it’s gone.

My thoughts on electric cars. Everyone wants them, everyone are so convinced that electric is the future. It isn’t.

I’m 100% on board. Not only is the amount of energy consumed into making the batteries alone, from mining, shipping, production, shipping again, installation, and then finally the shipping of the car, the disposal/recycling is a whole next level too.

And the best place to use electric, is in the cities, where no one has a place to plug them in like they do in the suburbs.

Toyota Mirai is available here and I think that is truly the next great step!

The future is hydrogen powered cars.

I’m 100% on board with you. If I could afford one, I would get one just to help propel this more into the future.

just to add some clarification: electric cars , as in battery powered cars.
Hydrogen powered are basically electric cars, but threbis a big difference between two concepts.

I test-drove a Mazda 3 MPS (before I got my 123d, fuel economy won). It was kind of insane

I almost got a Mazdaspeed3 as my last car. I wish I did just for resale value. The only reason I didn’t was because for a daily car, there are a fair amount of “special” parts if something did break down. Mine is not nearly as fast, but I rarely am not in traffic, so it doesn’t even matter all that much honestly.

I wish Americans would embrace diesel more. My buddy had a VW golf TDI a few years ago with an upgraded ECU was clocking over 240hp and 40mpg. With this stupid battery car push, we’ll never get the awesome diesel stuff you have.

Exactly. The real future of motoring! Toyota and Honda are digging a trench out here currently to the ocean to build a hydrogen fuel plant. It’s currently a lot of energy to create hydrogen fuel. They need the ocean water to split to create into fuel, AND their design is going to use the moving of the ocean tide to power the plant instead of fossil fuel or nuclear energy (although thorium wouldn’t be so bad imo). Energy from ocean and the moon, and auto emissions that are just H2O. I’m sure there will be some negative along the way, but it’s a very good start.

I’m sure there will be some negative along the way, but it’s a very good start.

And that the price was not like that of spaceships

Not so fun fact. The moon is slowly escaping the earths gravity and is further away from the earth than it was a few thousand years ago. Though we will likely be all dead for some other reasons before the tides stop flowing.

Ya, if there’s no more tide flow of the oceans. . . I don’t think cars will be of any relevance to us any longer.

It’s the same. If we have no tide, do we have the sun or weather anymore? All 3 are the same to me.

We can def have sun shining on this planet without the moon though extreme temps are likely to create inhabitable zones of cold and hot where life would arguable be not possible as the tides circulate the suns warmth making many places a lot warmer than they would otherwise be.

For the predictable foreseeable future, they are all the same. Wind being the least predictable of them with nihilism climate change.

someone is arguing? weird i didnt see that this was an argument

I’d really like to agree with you, but then we’d both be wrong, and I can’t have that. I’m not interested in being dragged down to your level and beat me with experience. Find another thread to troll, we’re interested in talking about car stuff.

From Miriam Webster, you would fall under 1b or 2b, whichever one makes you feel better.

1a : the act or process of arguing, reasoning, or discussing : argumentation

b : a coherent series of reasons, statements, or facts intended to support or establish a point of view a defense attorney’s closing argument

c : an angry quarrel or disagreement having an argument over/about money trying to settle an argument

2a : a reason given for or against a matter under discussion They presented their arguments in favor of the proposal.

b : a form of rhetorical expression intended to convince or persuade

3 : an abstract (see abstract entry 2 sense 1) or summary especially of a literary work

4 : the subject matter especially of a literary work

5a mathematics : one of the independent variables upon whose value that of a function depends

b grammar : a substantive (such as the direct object of a transitive verb) that is required by a predicate in grammar

Funny - it may have been an argument by strict interpretation of the semantic meaning - but all I saw was someone having fun with irrelevant scenarios… at least irrelevant to us and our choices! I sincerely hope we’re diversified to more planets than this one by then - we’ll need them, having worn out this one!

The newest car I’ve ever owned was a Mercedes W123 230E from 1986 or so. Right now I’m having a Frankensteined 1968 Ford Transit. Restomodding it into a camper. 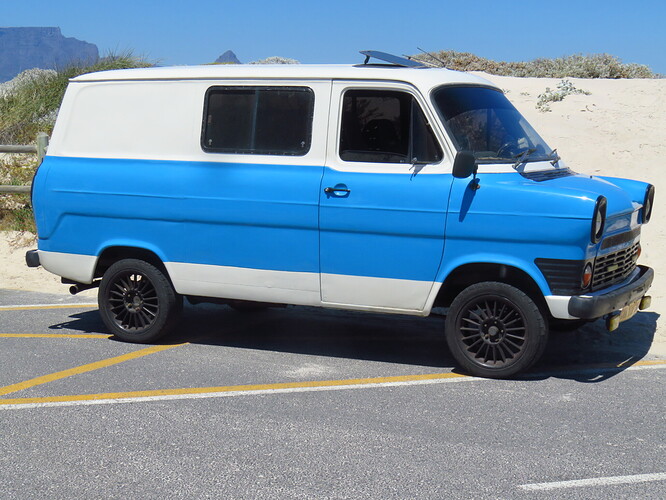 I honestly think you’re dragging your own self down that rabbit hole by arguing with yourself.

Have a wonderful day (or not).