Break in to your own property

Have you ever had to break in to your own property? I had to do it today. In my apartment I have a cage storage locker which had a combination padlock. I forgot the code or maybe that lock was broken. Anyway, I had no choice but to break in. That lock was cheap garbage so I only needed to use hacksaw to cut it open. My only worry was that somebody would come in and see what I was doing…

So does anybody have had such experiences as I had?..

No…But maybe i should.

Isn’t this about the physical equivalent of ethical hacking? Everyone should try it.

I did it a few times as a kid when I would lock myself out. But it was just for opening the front door, easy stuff.

Yes, good old youtube. I should have been patient and check the easiest way. This for example would have fit to my needs:

But I was angry and had no time fiddling with locks…

As a kid, I got shoved through my house windows several times because my mom was forever locking the keys in the house and there was one window that didn’t lock. As an adult I had to do the same thing once but the reason that window didn’t lock was because there was a window AC unit in it so I was able to push the window the rest of the way up, take the ac out and climb through. Then run across the house to turn off the alarm before the alarm company called.

I had to hack my own door lock a few times. The first time I locked myself out (one of those door knobs that locks itself) I called a locksmith specialised in exactly these kinds of occurrences.

I had to show him an ID before he hacked my doorknob. The hack involved using a credit card to force the door open (I had a duuuh moment and realised how easily compromisable my lock was). After I learned the technique I was able to unlock it myself whenever I locked myself out, and actually had to do it a few times too.

Also I had to open one of these types of windows when my door lock broke: 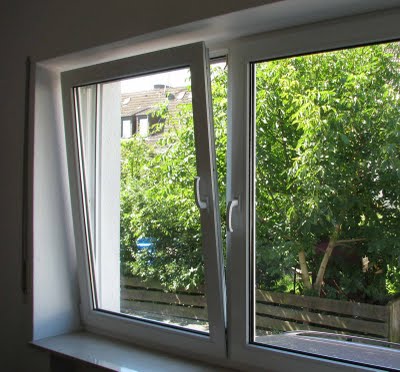 Nobody saw me as I was stealthy like a ninja

I did this few years ago, when I returned from sports ground after playing cricket. The incident : My parents were going out and hence they had provided me key, so that I can go inside in case they hadn’t returned.
When my friends came to my home to call me out, I locked the door in rush and went to play, but the keys were on Dining Table. I didn’t remembered that I had forgotten the keys. When I returned and came to know about this, for few minutes I went chill

, as I was fearing the outcome when my parents will return. For about 10 minutes, I was outside of the fencing. Then I decided to leap inside the compound, for which I climbed the tree

, along with my bat, then from appropriate height I dropped it, then I jumped inside the fencing. Also I took care that no one notices me.
Then, I thought for 15-20 minutes what can I do. So, according to my intuition, I went to backyard to see through the window on order to determine the distance between window and dining table. Luckily, with help of thin iron wire, I managed to open the Window

. All lights were off, and night had approached already, hence it was dark. Then I went inside the backyard storeroom were the brooms and other old things are kept. Opening it was easy for me, as I know the trick to open it. Then I arranged some kind hook-like thing and then tied it on bamboo stick.
Then inserted the stick to pull out the keys by placing the hook in the ring of keychain. After few errors and 10 minutes I got the keys, which gave me immense relief

. Then I made my way inside to the home.
.
.
.
.
Also, during our childhood sneaking inside other’s fencing was not possible, so whenever our ball inside their fencing, we made our way to ball using similar apparatus, hence thinking of that is very common idea here. And many of friends were among the top rankers in class back then, though they also adopt creepy methods to get back the ball during play time.

If you are using a proprietary operating system like iOS or Android, you are probably breaking into your own property every day.

If you hire a village mechanic to repair your tractor, you’ve probably hired him to break into your property.

So does anybody have had such experiences as I had?

Before I became self-employed I was employed a locksmith for 10 years - As selfemployed I ran two companies in tandem - computer support and software development and a security business working with all kinds security and surveillance.

I didn’t become wealthy - but I did quit working without debts.

As my wife and I were leaving a restaurant we noticed an elderly couple struggling to unlock their car. They had keys but it wasn’t working (keyless entry was still a luxury option back then). We offered our assistance as it was a hot, sunny day and the old folks were clearly in distress. I tried their key first. It fit the lock but wouldn’t turn. I then tried every key on their key ring to no avail. My wife repeated the process with the same result. I decided to try the coat hanger trick. I had some coat hangers in my car but no pliers. I finally managed to bend the thing by hand into a workable hook. As I surveyed the door gasket for the best point of entry another couple exited the restaurant and asked what we were doing to their car. The old guy and his wife had the wrong car! Their (nearly identical) car was parked a few spaces away. To this day I still wonder why four brains studying the same problem couldn’t figure out it was the wrong car. Not my proudest moment.

My stepdad use to watch a show where the cops would put the keys to a car on a keyring around the antenna of a car…and then wait for people to steal the car they set the keys for one the antenna. To this day I feel like that should be entrapment since they are basically saying take me and then arrest people for doing what you wanted them to do in the first place.

Yeah i’ve seen some shows like it, they especially love to do such traps in high criminal neighborhoods…

We had company from back east, so we drove up to the top of Mount Evans. We got out of the car (there was parking for about 10 cars at not quite the top) and took in the view. We went to get back in the car, and realized I had locked the keys in the car in the ignition switch. We didn’t have much time to mess around with this because a storm was rolling in. When one is that far above tree line and thunder is being heard, it is time to get below tree line NOW.

So I grabbed a rock and smashed the driver’s side window out. We got in the car and got below tree line safely. But by then it had started to really sleet hard, and the sleet was coming in and hitting me on the left shoulder and face.

The moral of the story is. If you ever have to break a side window, do it on the passenger side. I kept going to junk yards and they all said, “I have a window for the passenger door, but not the driver’s door.” It seems people breaking into cars prefer the drivers window, plus like myself if locked out the driver is usually at the driver’s window and just breaks it as it is convenient.

Finally found a driver side window and I replaced my window.

That looks like a pretty good way to prevent going to jail: park you getaway car near an identical car that you try to steal… also you’re not really breaking into the car (except when all is set to leave with the loot), but merciful bystanders do the deed for you