You don’t try to enable the module as a service…

Thank you. It is on my reading list. If you find something that explains the difference and how they are enabled, I would appreciate. In the meantime, I will check the archwiki.

It is my Sabbath, so I will check again tommorw night.

I haven’t read every post in this thread, so maybe this has already been mentioned, but…

Since this worked for you previously on Manjaro, perhaps it’s not an issue with the broadcom-bt-firmware-git package, but something else?

The bluez package updated from 5.63 to 5.64 yesterday (and a bug report that appears relevant was just opened today); you could try downgrading to the previous version and see if it works.

It’s strange as i am not having any issue with the updated bluez package on my hardware.

How did I miss that.
I will try soon.

So there is an issue with the latest bluez bluez-utils package causing bloothtooth.service not to start in case you haven’t seen it. I’m not having this issue on my laptop with the latest package but many are. I’m not sure if this is related to your issue either but you might as well try downgrading those packages to try it. The post is pinned on the main page.

Thanks for the heads up on the bug report.
This is what it is building
broadcom-bt-firmware-git-12.0.1.1105_p3.r0.g68a7a8a-1
bluez is not installed, so are you suggesting I git clone bluez 5.63?
If so, how do I do this? Sorry for my ignorance but git clone from the AUR is my limit.

bluez is not installed

I don’t use Gnome, but I would think you would want to install the gnome-bluetooth package, which should pull in bluez. At the very least you should install bluez:

Then install the AUR package for the firmware you are trying to install; if you prefer to manually build it, that’s fine, but you could use yay instead:

By the way, the bluez package has been patched, so it should be working fine now. There is no more need to downgrade it. Just install it if it’s missing, and if it is already installed be sure your system is updated.

Yep, Gnome 41
I reinstalled gnome-bluetooth and gnome-control-center to be sure.
I installed bluez and broadcom firmware without any errors. 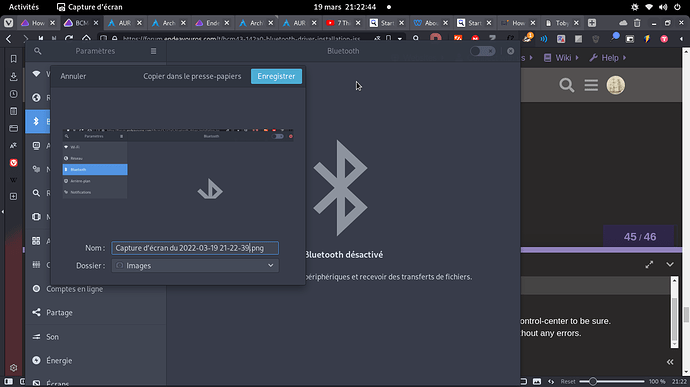 Did you start and enable the bluetooth service?

Thank you. It works 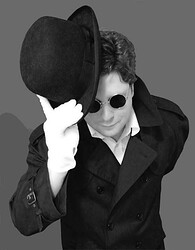 Glad it’s working for you. I’m not that familiar with all the Gnome packages and the way Gnome works exactly with their set up. Everything is the same in the end it’s just the way to get there.

Thanks @ricklinux for your efforts. @Stagger_Lee nailed it, but what really shines is the EOS community.
Hopefully I will learn enough to be of help to others.

this is exactly looking like the current bug on bluez packaging… @Stagger_Lee mentioned…
https://forum.endeavouros.com/t/update-to-bluez-packages-5-64-2-causing-failed-bt-startup/25176/2

It’s been patched as of yesterday, so it’s no longer a bug:

But thanks for the link I just update the post:

[2022-03-19_10-53] sudo downgrade bluez bluez-utils and restarting the service sudo systemctl restart bluetooth.service should be a workaround currently, if you are getting this issue.

I installed pamac-aur-git just in case.