have exactly zero flatpak’s installed on my computer.

Is that because you can find everything you need on pacman/aur?
Same here.

choice wonderful thing … if want flatpak cool , if no want that cool …

Your system your rule . that the wonder of linux

I wouldn’t say it’s gaining popularity so much as it’s just becoming the new norm, you know? Multiple distros like Fedora, PopOS, Elementary, etc. allow you to install applications easily from their repos or from Flathub. They’ve always been popular with developers as it takes far less work to ship their application across multiple distros/DEs. As a PopOS user, you’re going to want to use flatpaks for anything that you want more up to date than the repos that PopOS has, which pulls most of it’s packages from it’s Ubuntu base. As a Fedora user, some applications are only available as a flatpak, so unless you want to build it from source yourself, its just easier to grab the flatpak version. As for an Arch-based user, most will grab something from the AUR if it’s not in the main Arch repos.

In my use case specifically, I first tried using a system with zero flatpaks, and just relied on the Arch/AUR repos for everything, which works fine and everything I needed was available. However, that does come with a headache or two from time to time. I’ve run into a handful of AUR issues or errors, which were all solvable and helpful to learn more about the AUR no doubt, but it’s not without it’s drawbacks.

I had like ~40 packages or so from the AUR, updating and maintaining them was a slight learning curve, but manageable. When I tried Fedora 36 recently, I had to use a few flatpak apps and while this might be anecdotal, I found some of them to perform better than their AUR counterparts had that I was used to using. So I decided to swap out any AUR application I had for a flatpak equivalent if it existed and after doing that, I slimmed down my AUR package count to about a dozen, which is much more manageable. I also slimmed down some of the other packages I’d normally have like electron, java, etc that I don’t need save for one application using them.

For example, using Tauon Music Box (great music app btw), from the AUR, pulls in a lot of python packages, both from the Arch and AUR, an amount even the dev has acknowledged it’s getting a bit out of hand. With the Tauon flatpak, I don’t have to worry about this, and it updates the same since the dev maintains the flatpak version too. Overall, I like what I can get from the Arch/AUR repos, but it doesn’t bother me any to grab a few flatpaks here and there to make my computing time easier.

Looks like we’re 0-2. We’re not making a very strong argument for flatpaks gaining in popularity. 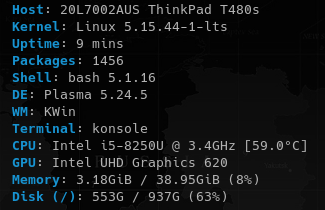 Not until Scotty_Trees came along with his 48

So these are packages not on Arch/AUR or packages you want to sandbox?

I almost exclusively use flatpaks, even on EOS because they are available in the gnome software center. anything not as flatpak then i get from repo/aur.

I’m curious, because each time I am looking for something in Flatpak, it tends to make it into the AUR pretty fast.

LoL. That’s the power of AUR.

A case where you want to use Flatpak even when the application is on AUR: you want isolation.

Your system your rule

I couldn’t have said it better myself

Im not so sure if theyre gettting more popluar but I’ve been experimenting with a mostly flatpak system recently. Only certain things like DE and specific management tools aren’t flatpaks for me ATM. (90% flatpaks for user applications)

I originally had the notion that flatpaks used too much space but now I’ve actually found flatpaks use about 4GB less for my personal setup.

In the case of Steam flatpak it actually seems to behave better in regards to anti cheat. You can also very easily switch between git and regular mesa with it though git requires a global variable for the games sub containers to use git. Steam Flatpak is a very nice experience.

Updates are pretty seamless and it keeps my home directory feeling a bit more tidy since applications have their own to dump things in.

Overall enjoying it minus lack of opencl on AMD GPUs due to no support for the proprietary driver which hopefully rusticl will solve. I think with improvements to sandboxing (thats a wip) flatpaks can be a real winner.

Edit: on another note, building flatpaks for source that already supports it is stupidly easy. I had to build OBS with HEVC support and I essentially traded installing dependencies for having to maintain a personal repo for it instead which is just passing the Repo folder location to Flatpak builder and adding it to your remotes.

For my case I generally use the AUR, but some programs can’t compile, then I find it easier to install via flatpaks rather than trying to fix code, not so good at it. I would say for things like zoom, perhaps that maybe a good option to contain the program apart from the system.

It also seems to make sense for portability across distros, then the whole thing comes with all the necessary libraries etc. However, I would not suggest shipping flatpaks with an arch distro, users can install if they need it.

I’ve been musing over whether or not to install Arch/EOS on my Deck. At the moment, I’ve decided against it, because I think I want to use the Deck for gaming more than as a travel USB-C dockable PC. If I do want to start using it more as a PC then I will need to use Flatpaks. However, generally speaking, I’m not a fan of Snap/Flatpak/AppImage. They undermine the whole idea of avoiding duplication through having shared libraries. They do mean that software gets brought to Linux that otherwise may not, but I’d like to view that as a stepping stone rather than as all the software will ever be.

In a more direct answer to the initial question, I think Ubuntu’s stance is the primary block to Flatpaks gaining traction.

Bad or good worse or for the best.

Also some developers do focus on such as flatpacks or snaps. Also they dont want to bother with the upstream changes in distro specifik changes.

Like aur you can take everything from where you want also from flatpacks as source. But if GCC or some pyhtonish stuf is changed upstream and stuf to have rebuild or fix they dont want to bother quickly when something change also there gona be bugs sometimes. while in flatpacks you install it easily and less to bother… even you can install stuf side by side. For the future if they want to create software for linux in the future making out flatpak makes it just portable and just makes it work.

is not necesarry a bad thing.

but forcing is bad. freedom is good

Sandboxed apps do have a general advantage over non sandboxed ones for the public and generally new Linux users, as Ubuntu folks quickly discovered, and made it their policy (Firmenpolitik). No need to mess with firetools, the command-line, etc. - Par example.

An idea that @pebcak mentioned was, that Arch Linux be not an immutable system.

But as @Shjim said, your system, your choice!

I can go for that.

I have no problem with flatpak.

I just haven’t found a need that wasn’t in the repos/AUR.

I used an appimage for protonmail for quite a while though when it wasn’t in the AUR yet.

I have no problem with flatpak.

I just haven’t found a need that wasn’t in the repos/AUR.

I’m the same, I have never had a need to use them on EndeavourOS or Arch