Any repo for the .bin versions?

A lot of talk about Manjaro the last two weeks BUT my question is…
This made me remember that they in their repos use the the .bin version of Xfce4 (aka 4.15 at this point). Does anyone know if there is a repo for that for Arch or if the “only” solution is to install via the AUR?

Nothing obvious listed on https://wiki.archlinux.org/index.php/Unofficial_user_repositories, so AUR is probably the main option.

I suspected as much… As of June this year there is at least a xfce4-git-meta package that installs the core DE all at once.

I can see https://aur.archlinux.org/packages/xfce4-meta/ but not an xfce4-bin-meta in the AUR?

It’s all in the AUR, so I am not asking you to do any more work than that

Ah! That makes a difference.

But seriously, it’s not a great deal of effort with aur sync and my repo server. I can create an xfce4-git repo, aur sync, and it’s done.

Not that I use Xfce, though.

There is also the same for Goodies: xfce4-goodies-meta

Well, if you feel up to it. As I said, not expecting anything

All I know is that there is a lot of comments on the AUR pages for individual packages that they had to download the git versions of dependencies as well because the xfce git packages considered the normal repo ones outdated.

The -git packages are a bit of a mess. The -devel packages look much more sensible (e.g. they have sensible version dependencies).

If I used Xfce I might be tempted to fix up the PKGBUILDs so they actually build correctly from a fresh starting point, but I don’t, so

Some xfce4-devel packages are in progress.

Does anyone know if there is a repo for that for Arch or if the “only” solution is to install via the AUR?

Will have the same available current, daily, etc. cadences as the other repos. It’s standalone so can be added as a normal “third-party” repo to your pacman.conf. All packages can be installed with a:

Let me know if there are any missing packages. I think I got them all.

Thank you very much!

If you trust me:

It’s this same issue with pool.sks-keyservers.net that everyone is having at the moment.

The hkps version of pool.sks-keyservers,net fails, but the hkp version seems to work.

Well if you spell it with a , it sure fails

You can (hopefully) see some working keyservers with this command:

provided that you have package keyserver-rank installed. 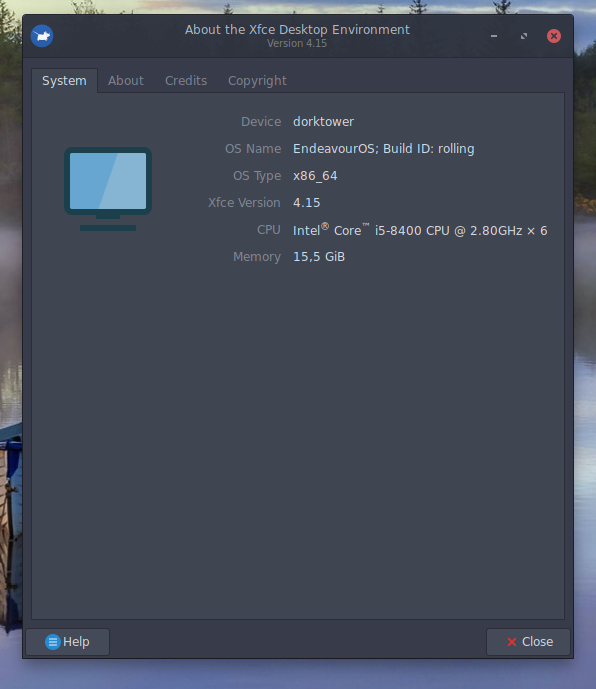