And it happened again

So, yesterday wrote I post on r/archlinux called, “Why all the hate?” (which apparently was deleted" asking why Arch users (not all by any means) are so nasty about any Arch-based distro using (horrors!) Calamares. Endeavour is as close to pure Arch as any version, but its an POS because EndeavourOS has a tiny repository, not at all like the despised Manjaro, which has a sizeable repo of their own.

I asked, “One would think that Arch users would like it if more people used Arch.”

Every point was rebutted by a nasty Arch user.

And, today I posted, "and this is why the Linux community sees Arch users as snotty, unhelpful, “Dammit, RTFM!” creeps who are “smart” enough to spend several hours installing a system that is built from the ground up, rather than an OS that is, like 99% of Linux distros, easy-to-install (WHAT??!?), so the user can just USE his system, instead of acting superior to every other Linux user.

Well…if you troll them like that, you probably are going to get a negative response… 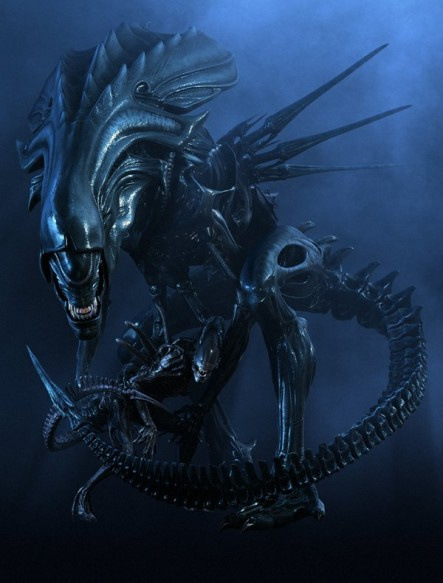 Arch users (not all by any means) are so nasty about any Arch-based distro using (horrors!) Calamares.

Are they? I didn’t know that

I posted, "and this is why the Linux community sees Arch users as snotty, unhelpful

Were you seriously hoping to get a meaningful conversation out of that?

Everyone take a deep breath lol. I have been using Linux for 15 months. This was preceded by 6 months of research. Arch is Arch. There are no alternatives. Get used to it. To me the os is decidedly made to make you NOT want to install it by design. I have a mantra “nothing happens by accident”.

It’s mentioned in one of the Arch principles: “Arch is a pragmatic distribution rather than an ideological one. The principles here are only useful guidelines.” But I so often see people worship the ‘Arch way’ of doing things. I honestly don’t understand why using an installer should make a bigger difference than just sparing the user ~2 hours following the wiki instructions (anyone can do that). I’d better not go to Reddit to ask that though

And it will happen again and again and again. This is one of the reasons i never tried Arch until i found Antergos and now i am here. If you Google anything Arch related and it brings up forum posts all you have to do is follow through them. You’ll soon find out the way that people get treated by some of the mods there and you’ll know exactly who they are. I won’t name any names but there are some that are just down right pathetic in the way they respond to queries. Here is a different environment. It’s more community oriented in that people respond back and forth. In Arch they don’t want that. They just want precise technical questions and technical answers and if the question isn’t the way it’'s supposed to get asked or you don’t provide the proper information then you get ridiculed. They aren’t all like that but there are a number of them. I’m not bashing Arch … i am referring to individuals here. It is very easy to just let them know what is required if they want a response.

I think their problem is that they see themselves as a kind of elite, more knowledgeable, higher qualified. These are exactly the same things windows users said about Linux users in general some time ago. I have to admit that exactly that was the problem with many geeks/nerds. I know a lot of them. Luckily that changed in the broad Linux community and it became what it should have been from the beginning : open minded. I assume their reactions are the result of the fear to loose their self-esteem, if more people are able to install an Arch based distribution. Maybe this is their last fortress.

A little bit of human psychology and my 2 cent to the topic.

When I was young I put my garden in by hand, tilling, rows, weeding. I got my seeds at the local farm market. Man-O-Man the beans, corn, peppers, tomatoes taste sooooo good. Was it the salt from my sweat ?

Now that I’m old I put my garden in with powered tools, it’s faster and don’t sweat doing so. I still get the seeds from the same farmers market. Man-O-Man the beans, corn, peppers, tomatoes taste sooooo good. If all of you ate my yummy produce you might agree, none of you could tell how I put the garden in by taste.

I have found the Arch Forum rather dismissive at times, unlike Endeavouros’ forum which is unfailingly helpful. Underneath we are Arch users and Arch is a good Linux distro no matter how you install it.

Best not to worry too much about it.

As a long time arch user, since 2009, I can answer here. Arch forums suffered from people who installed Arch using user friendly installer but who do not have the basic technical knowledge to keep alive an Arch installation in the long run.

Some people who do not want to understand you need to have curiosity, have to read and understand documentation and instructions will never be welcome asking questions about basic knowledge like: opening a terminal, getting root access, and so on.

@Trekkie00 I think you’re wrong. Some of Arch forums users / mods are - sorry to be crude - assholes.

But can you stand people who ask for the 100th time how to do a basic thing like opening a terminal?

I think this started when Manjaro was born. There were no dedicated forum, so manjaro users ignored one of the basic rule of Archlinux forum:

It is clearly written. If some people DO NOT WANT to read, this is not Archlinux forum problem. There are assholes in archlinux community. I will not tell the opposite. But you’re going too far.

A rough translation? In english: “Anything excessive is trivial.” And in german, thanks to Deepl.com: "Alles, was übertrieben ist, ist unbedeutend. "

@FredBezies
As I told in my introduction post, I’m moderator in a forum of another distribution. Believe me, that I do know how frustrating and exhausting it can be to write things a thousand times because people are too lazy to even use the forum’s search function. In these cases one can not expect that the people know how to and are willing to read man pages, Wiki, Howtos or whatever.

BUT :
People have the choice to use whatever distribution they want. The moderators/helpers offer guidance voluntarily without getting paid. So if they are upset they always have the choice not to answer/react to these posts. The best thing we could do in our forum, was giving repeatedly links to the forum rules which included what to do, to avoid those unnecessary posts. In addition to that every moderator has a small collection of links in the signature to directly jump to some of the basic things (terminal usage, su, package management and some more). So the people searching for help can not avoid to come across that stuff.
And by the way. One of the most important rules in online communications (no matter if it’s in forum, IRC or whereever) is the Netiquette. Even or especially for mods or admins.

Edit : Believe me that was much more effective than just barking at members and guests. The educational effect was enormous. The number of these posts has decreased massively.

It’s not just Netiquette. It’s common decency to be respectful to other people. You are basically trying to educate them so that they understand because some don’t and that is why they are looking for answers. If you just give them the answer and don’t explain how to get there then that is just as bad as RTFM because they won’t understand it either way. That just makes them come looking for an answer for every little problem rather than giving them knowledge that maybe will help them to solve it themselves next time. It’s not that they have to learn all the ins and outs of Arch either. Some people don’t want to and who am i to say well you shouldn’t be using Arch then. If you don’t want to help people to learn you shouldn’t be a (mod)

Another positive side effect is that some of these guys and ladies, who asked for help with every little problem, are nowadays helping other noobs. That allows me to have a relaxed view at the forum and not to spend hours and hours every day online. It’s really running fine today. But that was hard work. And it really helped me evolve my self-discipline.

That’s what I’m getting at if you help people to understand every little problem instead of just giving them the answer or telling them to go RTFM they start to understand and then they get it …eventually. Just like me …I’m no different. I don’t know everything Linux… and i surely don’t know everything Arch or Ubuntuu or Debian or Windows or anything else. I learn something new everyday and sometimes i forget something everyday! Well sometimes somethings…

sometimes a lot of things! Yes i agree it is hard work. Some people don’t have the patience for it or the capacity to stick with it …and they give up. I never give up … .if what i’m doing isn’t working i try a something different or i go back to the beginning and start again. You only learn when you fail at something. And you try again…until you succeed!

There are no participation trophies in archlinux

My point is that on the forums for pratically every other Linux forums, the old hands, realizing that everybody was a rank beginner, are happy to help new users; in 12 years, I’ve given and gotten tons of useful and helpful advice on the Ubuntu forums. I had heard several times of other OS users, even of Arch derivatives, treated with scorn and contempt.

And, yes, its true, and I have NEVER heard of a beginner asking how to open the terminal. It’s an excuse to remain in a private club, because for first-time users not wanting to be taking pains, over hours to not hose the whole system by making a simple mistake, using Calamares is an Unforgivable Sin. Only real MEN (and women, I suppose), who are superior to everyone else, are always JUSTIFIED in their contempt for the sin of wanting to have a quick, easy install.

I do not think I was trolling. I was asking a question, and got flamed for it.

“RTFM or GTFO” is not a way to attract new users.

The short answer is that the installer method is an intentional hurtle–like an overly complicated job application.

hello, how many of you are looking at our wiki thank you