AMD RDNA2 release video is about to Premier 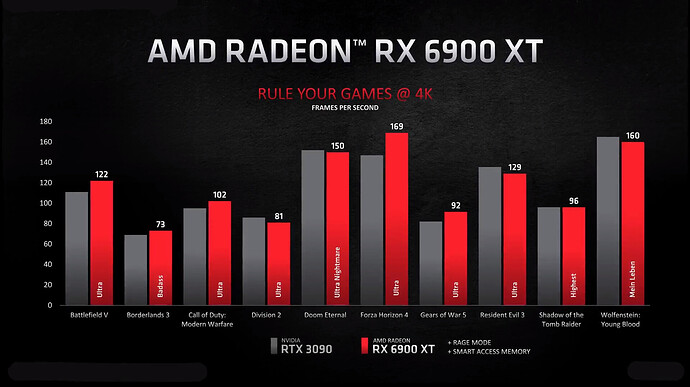 Nvidia Ampere is moving from Samsung 8nm to 7nm, and I suppose they will release this new 7nm Ampere version with more RAM to compete.
AMD didn’t show their Ray Tracing performance…

Did they not? I remember them saying something about Ratracing with DX12

They didn’t… They showed some performance graphs comparing with Nvidia cards, but no RT comparison slides…

Well, it’s not like DX12 Ultra wirks linyx though

I don’t think they will beat nvidia on Ray-tracing. There were some benchmark leaks a few days back and it didn’t do well there. AMD will get better over time. 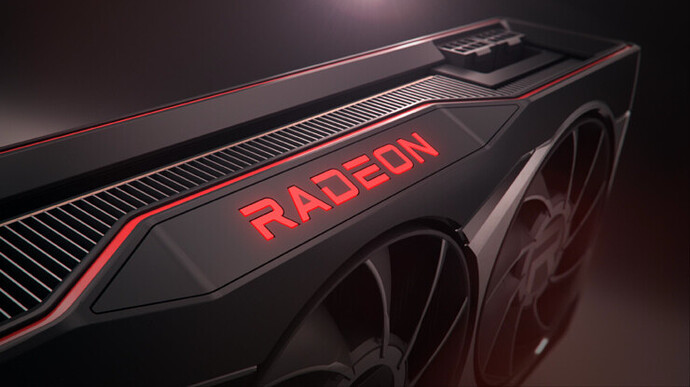 Alleged benchmarks for the AMD Radeon RX 6800 XT "Big Navi" graphics card have been leaked out in 4K resolution and it crushes the RTX 3080.

Wait, so is the fact of having Ray tracing means that all those RTX games should work on that card too?
I though RTX is super-proprietary and stuff

Ray tracing is available on all.

Or so I heard

While this was certainly exciting stuff, I’m personally more curious about the midrange 6700 (XT).
Since that will be more affordable, and a more direct upgrade path for me…

Ray tracing is available on all.

Correct… our 3D modelers at work have been using ray tracing for years, to make digital renders of our shop interiours and stands we make, before nvidia came out with their RTX branding for video games

this is a video from 2012, from 3DS max (the software our architects use) already explaining ray tracing…
waaay before nvidia decide to make it their marketing thing

Of course, but that’s not what my question was about…
After all i’ve written a book on RT here on forum

Will all those RTX branded games work with hardware RT on this new AMD cards?
Coz that’s where competition is now (although i completely against RTX as a proprietary and very wrongly aimed concept, compared to Path tracing or forms of RT used in latest CryEngine builds which works on any hardware).

They said they will. So i guess so?

Still though that’s basically huge corporate pr event, so i wouldn’t hold my breath until some real benchmarks

Indeed. But still, even if the card only matched the 3090, it’s still 400 USD cheaper for nearly the same performance.

No brainer if you habe that money ehy!

Just hope this means the 5700xt goes on sale for me to grab!

Just hope this means the 5700xt goes on sale for me to grab!