20TB Drives on the way 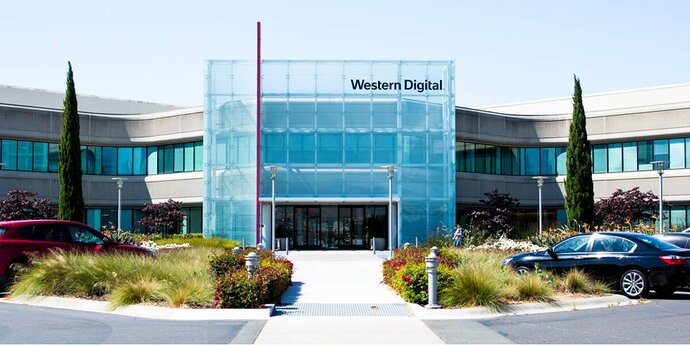 So I guess, once formatted, it should be good for about 16TB? What are YOU

going to fill that puppy up with ??

going to fill that puppy up with ??

Truer word has never been spoken on the internet.

I was waiting for that reply…honestly didn’t expect it to be the first!!!

Multiboot all the the distros on Disrowatch

I am asking this because I don’t know the answer.

A little off topic, but what determines the maximum size SSD or HDD that can be handled by a 6 Gbs/s SATA III port?

Will a standard SATA III port accommodate a 20 TB or 50 TB SSD?

Fair question;
in the old days, < 2002, there existed a lot of problems for those adding harddisks to systems, where the OS and sometimes the hardware, would not recognize the new drive’s size and capabilities, and there had to be a piece of software in-between the two that made things work properly. Otherwise Cylinders / Heads/ Sectors would get wrongly handled and result in data loss and crashing. I remember such software being put out by Maxtor, Micropolis, Seagate, WD, Toshiba. More on that here :http://www.dewassoc.com/kbase/hard_drives/resolving_drive_barriers.htm
However with modern hardware it’s not an issue, and even amateur OSes like windows will work with big disks so long as they are GPT partitioned. https://docs.microsoft.com/en-us/troubleshoot/windows-server/backup-and-storage/support-for-hard-disks-exceeding-2-tb

To make more bits available for addressing, the storage device must be initialized by using GPT. This partitioning scheme lets up to 64 bits of information be used within logical sectors. It translates to a theoretical limitation of 9.4 ZB (9.4 zettabytes, or 9.4 billion terabytes).

I guess that will definitely handle 20 TB and 50 TB storage devices.

I remember when I bought a 3 TB HDD when they were brand new. It was impossible to get it to work using Linux. I read a lot of documentation at that time. In the end, I sold the HDD to a Windows user. It was working flawlessly using Redmond OS.
In the meantime, my point of view changed on the topic. I prefer to use several (but smaller) disks. If hardware quits, it’s less time-consuming to restore data. In addition to that, you need a disk of similar size to back up data. Smaller disks are for sure a lot cheaper, even if you need more of those.
Today I am using 2 external USB 3 towers (4 x 2TB HDDs each). One for daily use and one for backup.

It always amazes me when such a product is introduced, you often wonder, "Why do I need that?!?’
Then a few years down the line, it becomes the standard. I mean, how fast did we go from 256 GB meant for heavy users to the same size being too small… Honestly, it isn’t that long ago.

If you’re into home cinema, 20 TB is not overkill at all. I’ve copied all my DVDs and Blu-rays on my HDDs (ISO container, which can be directly played with VLC or Kodi including menues). If you have 20 GB or even more, there would be no need to reencode all the stuff → no loss of quality (sound and video). Believe me : 900+ movies require some space. In my case most of the stuff is reencoded (still very good quality, but worse than original)

How did you create those ISO containers? I’m interested in backing up some of my Blue-rays, too.

I’m into cinema but I only watch in my PC. Also, I’m very picky about what I’m going to keep. And we got YTS so just need data

Sorry, that I can’t give you a tutorial on how to do it. To back up those, it might be necessary to deal with different kinds of protective stuff implemented to prevent you from doing exactly this (e.g. AACS, Cinavia, Java stuff). In some countries giving guidance on how to do it, is illegal, so I’m not going to post it in a forum.

Of course - I think back to trying to explain why someone might spend the extra money to get more than 5Mb in their hard drive - after all the 20Mb Seagate wasn’t that expensive!

When I was a really small kid, my dad took me to work to play on an IBM Mainframe. That thing had MASSIVE hard drives, but I don’t remember the capacity.

If you were a small kid, then the dishwasher-size cabinet might well have held (gasp) 80-100 Mb! Massively redundant, multi-lane accessible, but NOT much capacity…

Don’t get me started on Amiga - I began with an A1000, and I still have one, along with an A2500/030. They are the reason I have trouble learning bash - AmigaDOS+AreXX was so much more logical!

Yeah, AmigaDOS was great, I still have that Amiga 500 (though not in the original case, my dad transferred it to a custom, metal case and he lost the original keyboard-case).